Sony’s take on a virtual world experience for PlayStation 3 users is finally coming to an end. After launching PlayStation Home in 2008 and spending the last six years trying to get people onboard, Sony has scheduled PlayStation Home to condemnation on March 31st, 2015.

END_OF_DOCUMENT_TOKEN_TO_BE_REPLACED 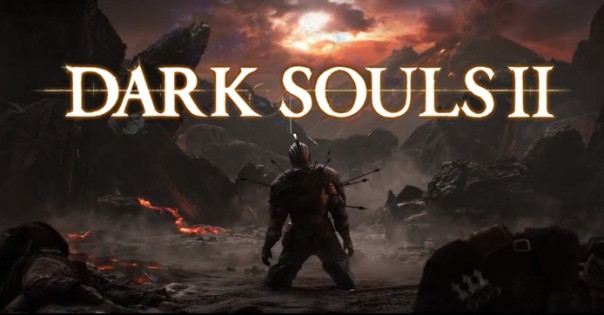 What happens when the most hyped game of the generation (so far) is beaten out on critical acclaim by the sequel to a mercilessly difficult cult hit? Well, I doubt it’ll lead it to being a sales blockbuster like the most triple of triple-As but I’d imagine that the critical acclaim of Dark Souls and Dark Souls II along with the praise from gamers would result in more copies of DS2 ending up in consoles than DS1.

While there was some talk about making Dark Souls 2 friendlier for new players, that doesn’t mean that the game is easier than its predecessor. There is more clear language in what various weapons and abilities do but that doesn’t make the game a cakewalk. Other than that and a little work on exposition, if you loved the first Dark Souls, chances are you’re coming right back for more.

But enough of what I have to say. Here’s what the critics think of Dark Souls II.

END_OF_DOCUMENT_TOKEN_TO_BE_REPLACED

I’ll readily admit that this weekend was a slow weekend in the gaming news sphere. I assume that’s because all the big sites were busy reviewing Titanfall. However, I did see this news item that I found interesting, albeit not earth shattering.

Very quietly, it appears that Sony is changing the design of the box art of PlayStation 3 games to keep it more in line with that of the PS4 and PS Vita. Gone is the greyscale top bar and in is the new Sony standard of blue and white branding.

END_OF_DOCUMENT_TOKEN_TO_BE_REPLACED

Critics Corner: The Last of Us: Left Behind DLC

Given the epic story of The Last of Us, expectations for the game’s first were through the roof. Very seldom are DLCs better than the main campaign and I think the reviews indicate that for the Left Behind DLC. Many critics say that it’s as good as the main campaign but not better.

However, could you really get better than the story in The Last of Us in a DLC? I guess you would have to be able to define what could have been better and how to make it better to improve upon the original in a DLC. The story was just about perfect, in my opinion, so all that was left to improve on was the gameplay. The Last of Us isn’t a gameplay driven game so it wouldn’t make much sense to overhaul gameplay for a DLC that people are playing for the story.

Let’s face it, DLC is a tricky thing to get right. Very seldom is there a DLC that stands up to the main campaign. So rare is a DLC considered worth the money that it becomes noteworthy in the gaming news cycle. Most just feel like something that was pulled from the main game and padded a bit to make a bit more money. The great ones are those that actually have time, effort and care put into their development.

END_OF_DOCUMENT_TOKEN_TO_BE_REPLACED

The saga of Lightning and Final Fantasy XIII comes together in the third installment of the FF13 trilogy. Square Enix billed it as a story that needed three games to be told in its entirety. When I dropped $70 on the first Final Fantasy XIII back in 2010, it seemed so dull and generic with combat that only required you to hold down X until the battle was over that I made about an hour before I put it at the bottom of a drawer and haven’t touched it for the last four years. I spent hundreds of hours playing the FFX games. I even loved X-2 and I’m pretty sure that everyone hates that game and the J-pop therein.

Somehow, the game managed to get a franchise-record two sequels. If the critics scores are to be believed, the games have been getting worse as the FFXIII trilogy has gone along with Lightning Returns hitting the bottom. Oddly enough, that’s how I feel about the franchise  now too. I’ll be quite happy to get back into the series with Final Fantasy XV but, for now, good riddance to FF13.

Anyway, enough of what I think. Here’s what the critics think about Lightning Returns: Final Fantasy XIII.

END_OF_DOCUMENT_TOKEN_TO_BE_REPLACED

While the full launch of the PlayStation Now service is hotly anticipated, the first wave of games in the beta may just cool expectations slightly. The closed beta invites for PS3 users went out last week and the early list of available games aren’t all the epic titles that people were hoping for.

END_OF_DOCUMENT_TOKEN_TO_BE_REPLACED

I don’t think that I could do a list of the seven best games of the seventh console generation without including one game from this year. While a lot of our attention this year has been on the Xbox One and PlayStation 4, 2013 has been a spectacular year for games. Any one of a few games are more than worthy of inclusion on this list.

From the class of 2013, the best swansong for the now last generation of consoles has to be Grand Theft Auto V.

END_OF_DOCUMENT_TOKEN_TO_BE_REPLACED 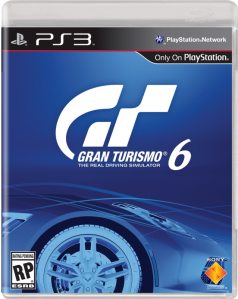 Did you know that Gran Turismo 6 came out a week-and-a-half ago? I slightly forgot that it was coming out this year. I was going to get in touch with SCE PR about getting a review copy but it completely slipped my mind. And I find that kind of funny because I’m a big fan of the series. My biggest problem with GT is that GT5 had terrible load times and took up an obscenely large chunk of my PS3’s hard drive space.

As a game, the Gran Turismo series is a bit niche in its focus. If you’re looking for a driving simulator, you won’t do any better than Gran Turismo. The driving physics and the attention to detail are second to none. However, the focus on the driving experience tends to come at the expense of the actual gaminess of the GT series. The menus are a little hard to navigate. The career mode is a little grindy. But pushing for the extra tenth each lap is just one of those great feelings in gaming and I’ve never found a game that’s captured that like Gran Turismo.

END_OF_DOCUMENT_TOKEN_TO_BE_REPLACED

7 Best Games of the 7th Generation: Uncharted 2: Among Theives 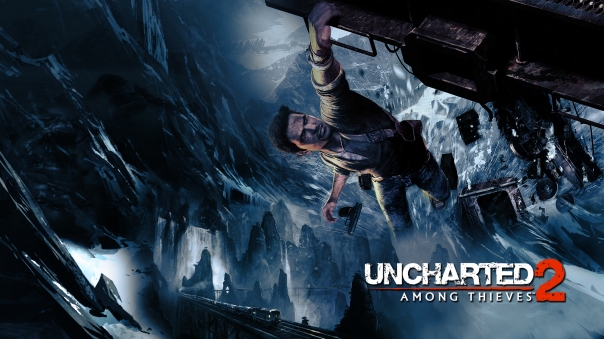 As the current console generation went on, games increasingly tried to be like interactive movies. The goal seemed to be to recreate the Hollywood experience but with you playing the starring role using a controller. While one could argue that Heavy Rain may have gotten the closest, no game captured the fun of the summer blockbuster while releasing a solid game quite like Naughty Dog.

Since today marks both the launch of the PlayStation 4 and our 7 For 7 series, I thought that it was only appropriate to kick off with the epic PlayStation 3 exclusive Uncharted 2: Among Thieves.

END_OF_DOCUMENT_TOKEN_TO_BE_REPLACED

If there’s a franchise that’s used as a metaphor for everything that people see as wrong with gaming today, it’s Call of Duty. People are using racial, ethnic, homophobic and misogynistic slurs online? Damn CoD kids. Effectively recycling last year’s game for a big profit this year? Old CoD trick. The death of the single-player campaign at the expense of getting everyone into and spending money on multiplayer? You better believe that’s a CoD’ing.

So with the release of the transitional Call of Duty: Ghosts on current generation consoles yesterday, one had to wonder if the reviews would be a referendum on the franchise as a whole.

The answer is that I’m not entirely sure. I’ve never played a CoD game so I won’t be able to tell you how Ghosts this stacks up. (Sorry, I’m just not a big FPS fan.) Many reviewers noted that this was remarkably similar to Infinity Ward’s last effort, CoD: Modern Warfare 3, and marked it down as a result. Others noted that but gave it a high mark because it was still fun. So if you loved MW3, there’s nothing to turn you off here.