Humanity has landed spacecraft on the Moon and Mars but until yesterday, we had not landed anything on a small moving object. In our continuing pursuit of knowledge from beyond this world, the European Space Agency completed the hard part of a 10-plus year mission to land a spacecraft on a comet.

At just past 11:00 AM EST on Wednesday, the Rosetta space craft’s Philae lander touched down on Comet 67P.

END_OF_DOCUMENT_TOKEN_TO_BE_REPLACED

How Much of Your Brain Do You Use?

If you’ve been watching TV lately, it’s very likely that the incessant ads for an upcoming movie is rotting your brain. The promos for Lucy, the upcoming action movie starring Scarlett Johansson and Morgan Freeman, show that the movie is based on the premise of what would happen if humans used more than 10% of their brains.

Of course, that pseudo-scientific notion has been dismissed by the scientific community and anyone with half a brain (pun intended) for years. Unfortunately, many people still believe this. In fact, you use all of your brain in order to function.

When you need an artificial intelligence to put in charge of some important science, you’re going to want Aperture Science’s Genetic Lifeform and Disk Operating System, also known as GLaDOS. Sure, some people might consider her evil but she is dedicated to the scientific cause. And I think we can put our differences behind us… for science… you monster.

In this video, GLaDOS explains the differences between nuclear fusion and nuclear fission to two NASA IT techs.

Why Do You Get a Fever?

We don’t do sciency posts here very often but I figured that this is something that you need to see. With winter already here, chances are that you’re going to get a cold at some point and it’s likely to come with a fever. So why does that happen? Greg from Head Squeeze has the answer for you. 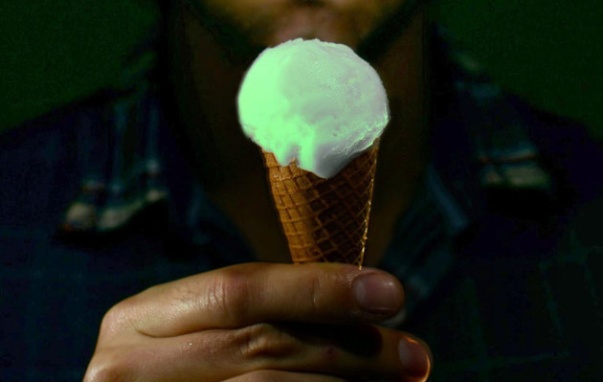 END_OF_DOCUMENT_TOKEN_TO_BE_REPLACED

How Will Humans Get to Mars?

With the recent news that the Mars One project had over 100,000 people apply for the one-way trip to the red planet, maybe now would be a good time to look at the logistics of actually making the trip to Mars.

Space physicist, Martin Archer, explains how humanity would be able to make it to Mars with current technology but also details the dangers that astronauts face when making an interplanetary journey.

The Greatest Yearbook Quote Ever

Sometimes being a nerd has its advantages. Jessica Lee’s quote in her high school yearbook looks like a bunch of different elements at first glance. But when you look a little closer, she’s hidden a message in her quote that’s definitely not a bunch of elements.

END_OF_DOCUMENT_TOKEN_TO_BE_REPLACED

The Internet Could Be Ruining Your Brain

I love the internet and admittedly spend way too much time online or doing something with electronics. However, I grew up without the internet so most of my learning was done without a computer at my side so I can still learn without Wikipedia and love reading books. But what if I grew up with the internet and computers and social networking all around? What would that do to my brain, my memory and how I lived.

Chris Hadfield’s mission aboard the International Space Station comes to an end tomorrow. His five months out in space has really seen something like a revolution in the communication between the people of Earth and denizens of outer space thanks to social media. Using Twitter, YouTube and video links, Hadfield has brought us a little insight into our world and space while cementing himself as a Canadian national treasure.

END_OF_DOCUMENT_TOKEN_TO_BE_REPLACED

Who Wants to Live (and Die) on Mars?

It seems as though we’ve settled on Mars being the next step in humanity’s continuing quest to explore space.

A few weeks ago, millionaire Dennis Tito announced his Inspiration Mars project to send a two-person crew on a mission to travel to and around Mars in a 17-month round-trip from Earth to the Red Planet in 2018.

This isn’t the first manned mission to Mars that’s been announced. In 2011, Dutch entrepreneur Bas Lansdorp announced his plan to send people to Mars to start a permanent human settlement on Mars in 2023. However, in a recent interview with the CBC, Lansdorp revealed that his Mars One project isn’t a round trip.