Life is Strange – Episode Five Review: Time of Your Life

It’s so seldom that I play a game that really moves me. Sure, there are plenty of games that I play that I think are really good or have their poignant moments but I can’t remember the last time I played a game that stuck with me quite the way that Life is Strange has. I came into it expecting to be underwhelmed but Dontnod exceeded all of my expectations and made the best episodic point-and-click adventure game on the market.

END_OF_DOCUMENT_TOKEN_TO_BE_REPLACED

This is a big weekend in the world of eSports for two reasons.

The big reason is the 2015 League of Legends World Championship wraps up on Saturday with the Grand Final between SK Telecom and Koo Tigers. Worlds is one of the most watched sporting events in the world and two of Korea’s best going should be a pretty intense matchup even if we expect Faker and MaRin to cement their status as two of the best in the world.

On the other side of the world, the Road to BlizzCon nears its conclusion. Two rounds of 16 will take place at ESL’s studio in Burbank ahead of next weekend’s tournaments at BlizzCon. On Friday and Saturday, Hearthstone’s World Championship group stages will wrap up to set the stage for the playoffs in Anaheim. Sunday is all about StarCraft’s WCS Global Finals round of 16 where we’ll be watching to see how far the lone foreigner, French Protoss Lilbow, can go.

END_OF_DOCUMENT_TOKEN_TO_BE_REPLACED

The New Day Makes Some Magic

Where in the World is Hideo Kojima?

Long before Metal Gear Solid V: The Phantom Pain was released and received reviews that put it on the shortest of shortlists for Game of the Year, rumours were abound about Hideo Kojima’s status with Konami. Reports said he was taken off the project. His name was taken off the cover of MGSV. However, the official stance is that everything was normal. In the two months since the game’s release,

Last week, the story got new life with a New Yorker article that said Kojima left the company near the beginning of October, even having a goodbye party on his last Friday at Konami. For their part, Konami disagrees.

END_OF_DOCUMENT_TOKEN_TO_BE_REPLACED

The Mass Effect / Pokemon Crossover You Never Knew You Needed

Sometimes, you just don’t know what you need until you get it. Take this fan art album we have for you today. Sketch-BGI over on DeviantArt designed a massive collection of Mass Effect species and turned the into Pokemon complete with evolutions and types. We’re already at 720 Pokemon. What’s another 63 really awesome additions between friends?

END_OF_DOCUMENT_TOKEN_TO_BE_REPLACED

Doctor Who: The Woman Who Lived Review

While Doctor Who is a sci-fi show that evolved out of something that was originally intended to be a science and history show, it’s always been at its strongest when it’s a character study. Just look at the difference between last week’s episode and this week’s. The Girl Who Died was largely a comedy episode. The Woman Who Lived was a study of Ashilder and the downside of immortality.

END_OF_DOCUMENT_TOKEN_TO_BE_REPLACED

etg Tales from the Borderlands Giveaway

So we’ve managed to get an extra code for Tales from the Borderlands. Since I already have one, there’s only one logical thing to do: Give it away!

We’re running the contest through gleam.io which will randomly draw one winner from the entries. You can earn up to five entries into our contest. The giveaway starts now and closes at 11:59 PM EST on October 31st. We’ll contact the winner with the code on November 1st.

The giveaway is closed and the winner has been contacted. Thanks for reading.

Tales from the Borderlands – Episode Four Review: The Bravo-Team

If you were to ask the critics, Tales from the Borderlands is the hidden gem of Telltale’s slate of episodic adventure games. I’d hazard that those critics are also going to be fans of or at least have played the Borderlands games at some point in time. I think I’ve mentioned before that I’ve never put much more than five hours into Borderlands.

When you take that into consideration, it’s probably not that much of a surprise that I haven’t rated Tales from the Borderlands as well as most critics. And while a number of critics saw the penultimate episode of TFTB as the best episode in the series and called the series the best thing out of Telltale since the first season of The Walking Dead. I saw it as just an episode.

END_OF_DOCUMENT_TOKEN_TO_BE_REPLACED

So we have a new Star Wars trailer and many, many people have tickets to an early showing of The Force Awakens. Exactly a month before the earliest showings of Episode VII, the next chapter in the Star Wars video game franchise will hit shelves.

Both the announcement of J.J. Abrams as director of Episode VII and the appointment of Electronic Arts as the publisher of Star Wars games were met with excitement. While EA did cause a bit of trepidation, the appointment of DICE, BioWare and Visceral, three of EA’s top guns, to develop the games got gamers excited. First up for EA and LucasFilm is DICE with their take on Battlefront. The early results aren’t exactly awe-inspiring.

END_OF_DOCUMENT_TOKEN_TO_BE_REPLACED

Doctor Who: The Girl Who Died Review 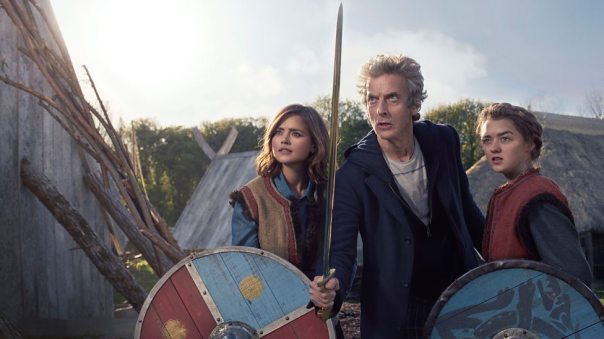 The Doctor Who and Game of Thrones crossover game was strong this week. We always have that connection between the two series because Jenna Coleman is dating Richard Madsen (Robb Stark). This week, we’re going back to medieval times and adding Maisie Williams (Arya Stark) as a Viking girl. Okay, it’s not quite a proper Doctor Who / GoT crossover but it’s probably as close as we’re going to get until Littlefinger shoves Clara out the Moon Door.