It’s been a couple of weeks since we’ve done the weekly Game Trailers Roundup but it’s certainly a good week to put the roundup back in action. After all, we have twelve trailers for you to watch this week from the big triple-As through to the indies. Of course, this week’s trailers are headlined by the launch trailer for Dark Souls III but there are also trailers for the VR-exclusive Chronos, indie Hyper Light Drifter and in-development triple-As like Uncharted 4 and Battleborn.

END_OF_DOCUMENT_TOKEN_TO_BE_REPLACED

The Cost of Being Batman v. Superman (Infographic)

Earlier today, we took a look at the history of the Batmobile. If you were Bruce Wayne, you would know that buying or developing the latest in gadgetry to become the great detective of Gotham isn’t cheap. In fact, it’s impossibly expensive to be Batman. However, nobody ever asks how much it costs to be Superman. Well, that’s probably because Superman doesn’t need fancy gadgets but just himself to dispense justice. So thanks to this handy infographic, let’s take a look at how much it costs to be both Batman and Superman.

END_OF_DOCUMENT_TOKEN_TO_BE_REPLACED

The Evolution of the Batmobile (Infographic)

How many billionaires that you’ve heard of are there that don’t love cars? Most of them like to show off their wealth by buying cars and leaving them in the garage to gather dust. It’s a perfectly cromulent use of the automobile.

Now, if you’re billionaire Bruce Wayne, your car of choice tends to need to be both stylish and functional. More importantly, your car says quite a lot about you. So ahead of the release of Batman v Superman: Dawn of Justice, our friends over at Select Car Leasing have put together a handy infographic looking at the changes the Batmobile has undergone from the days of Adam West to the modern era of Batfleck.

END_OF_DOCUMENT_TOKEN_TO_BE_REPLACED

Can Codemasters Rescue the F1 Series with F1 2016?

Let’s take a break from the on-track action in Formula One and look at the virtual world of Formula One. Codemasters is the current licence holder for the Formula One video game series. The racing game specialists have held the rights to F1 since the 2009 season and while gamers have been happy, not much has changed over the last six years. Last year, satisfaction bottomed out with a barebones effort in F1 2015.

In their second year on the PS4 and Xbox One, Codemasters has to deliver a far superior experience before fans give up on them. They recently released a survey looking for feedback on previous games and ideas for upcoming ones and have brought in prominent members of the community for a private beta test. However, it’s still worth giving them some more longform feedback.

END_OF_DOCUMENT_TOKEN_TO_BE_REPLACED

I realize that today’s trailer debut on Tuesday but we do Game of Thrones on Fridays of Ice and Fire. It doesn’t get more fun than a trailer for the upcoming season. Many familiar faces show up in this trailer and it gives us a quick glimpse into what many of them will be doing next season. It’s also a wicked thing for HBO to do since we still have to wait six weeks for the new season.

But please note before clicking through to the spoiler, there is sexual content, there is violence and there are spoilers.

END_OF_DOCUMENT_TOKEN_TO_BE_REPLACED

It’s time for the movie trailers roundup which means that we’ve reached the point in time where we have to include the new Ghostbusters movie in there. It’s a shame that they haven’t put any effort into the trailer. The movie certainly seems like a hybrid of Ghostbusters and Ghostbusters 2 in terms of plot with all the generic modern comedy jokes and tropes slapped on top. Ghostbusters is a movie that has jokes that work for kids but throws enough other jokes, references and material that it holds up to repeated viewings over twenty years after I first watched it. Maybe it’s just the trailer, but 2016’s Ghostbusters looks like another dime-a-dozen comedy that’s exploiting an established franchise for a quick buck.

Oh, and there are six other trailers to watch too.

END_OF_DOCUMENT_TOKEN_TO_BE_REPLACED

BBC Asks Peter Capaldi to Stay on Doctor Who 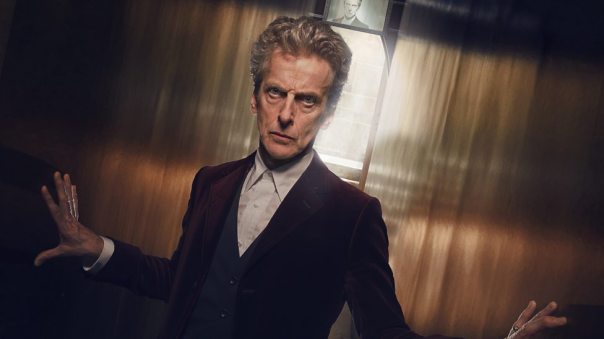 Back in January, the BBC announced that Steven Moffat would be stepping down as showrunner of Doctor Who at the conclusion of its next season in 2017. Upon learning that, fans immediately began to speculate what that meant for lead actor Peter Capaldi. In an interview with the Radio Times, Capaldi says that the choice to stay on is his.

END_OF_DOCUMENT_TOKEN_TO_BE_REPLACED

Nintendo Rumoured to be Funding Beyond Good and Evil Sequel 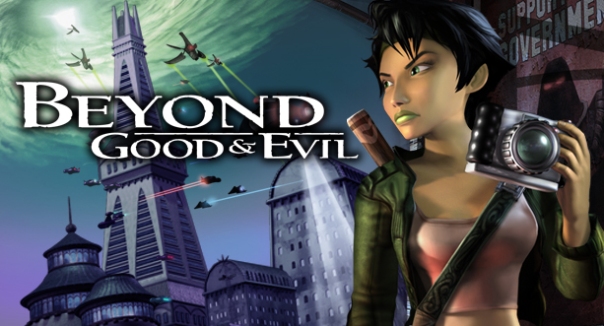 It’s not unusual to see console manufacturers step in to bail out third-party publishers to help them make games that wouldn’t otherwise be made. In the last year, we have seen Sony step in to fund Street Fighter V while Microsoft stepped in to continue Lara Croft’s adventure in Rise of the Tomb Raider.

Rumours suggest that Nintendo is getting in on that act. A source for accurate games industry news leaked documents to the press that indicates that Nintendo is throwing its money on a sequel to Beyond Good and Evil.

END_OF_DOCUMENT_TOKEN_TO_BE_REPLACED

Tags: Beyond Good and Evil 2, Business of Gaming, Nintendo, Ubisoft

It’s time to end the day with a look at the video game trailers from the week that was in the Game Trailers Roundup. There was a Nintendo Direct last week which means that we have five Nintendo trailers of the twelve in this week’s roundup. We have launch trailers, announcement trailers and Codemasters even put together a trailer of community footage for Dirt Rally.