Telltale Games is an interesting enigma in double-A gaming. They’re too big to be your standard indie studio but not quite at that triple-A developer level in terms of the scope or quality of their games. They’ve found themselves a niche by making episodic, story-driven games. Their adaptations of The Walking Dead and Fables (as The Wolf Among Us) launched them into a prestige class above many triple-A developers. Everyone was beating down their doors to get them to make a game of their properties.

After The Walking Dead, Telltale made games based on Borderlands, Game of Thrones, Minecraft, Batman and Guardians of the Galaxy. The only problem is that Telltale has stretched themselves thin on both the creative and technical sides of their business. The Telltale Tool engine is suffering from regular performance problems while the writing quality has been sliding as more is heaped onto their writers’ plates.

The Walking Dead: A New Frontier, the third “season” in Telltale’s TWD saga, might just be a microcosm of the decline of Telltale over the course of just five episodes.

END_OF_DOCUMENT_TOKEN_TO_BE_REPLACED

I started writing this right after the final episode of Telltale’s Batman was released. While et geekera may have have gone quiet, I still owe you, the reader, and Telltale this review. It is presented as originally written in December 2016.

For four episodes, Telltale has been struggling to bring Batman to life in their trademark take on games and Bruce Wayne’s world. Announced following two critically acclaimed seasons of The Walking Dead and a much-loved Tales from the Borderlands along with the award-winning Rocksteady Batman: Arkham trilogy, gamers were excited about Telltale doing a story-focused Batman experience. After all, their success with adapting TWD and Fables indicated that a dark Batman story was right in Telltale’s wheelhouse.

Batman’s first four episodes (along with The Walking Dead: Michonne and Game of Thrones) showed that Telltale is a company whose ambitions are bigger than their abilities. Critics responded with a decided “meh” to the game’s story, Telltale’s familiar narrative tricks, their same old gameplay and broken engine. The finale is an improvement but it doesn’t save the series.

END_OF_DOCUMENT_TOKEN_TO_BE_REPLACED

There are a long list of people who belong in Arkham Asylum. For example, Lady Arkham and the Penguin are good candidates to be locked up for being criminally insane. Perhaps the criminally insane are the folks over at Telltale who have been lacking in technical and creative drive when it comes to putting out a quality Batman game. Or maybe I’m the insane one for expecting The Walking Dead quality releases from Telltale every time.

While Batman: Episode 4 – Guardian of Gotham isn’t the worst episode that Telltale has released but it’s also not their best either. At the very least, it’s a promising setup for the concluding episode of the series.

END_OF_DOCUMENT_TOKEN_TO_BE_REPLACED

It took me writing five paragraphs of this review to figure it out but I have come to the conclusion that Telltale’s Batman – Episode 3: New World Order is an alternate universe version of The Dark Knight Rises. Instead of Bane, Penguin is the face opposing Batman / Bruce Wayne and there is even a Talia Al Ghul-esque mastermind behind the whole operation. This revelation doesn’t detract from this episode so much as it explains what Telltale was attempting to do with this episode.

END_OF_DOCUMENT_TOKEN_TO_BE_REPLACED

Telltale is very hit and miss with its many, may different titles. When the company is focused on putting all of its resources behind a particular game, it gets in the conversation for year-end awards. When they half-ass it, people worry that Telltale was nothing more than a flash in the pan and that it’s poor efforts of the past are more indicative of the company’s quality than its critical highs.

The Batman series finds an odd middle ground for Telltale. The story is largely compelling, even if the characters aren’t, but the actual execution of the game is so poor that you wonder if Telltale was taking notes on PC ports from Rocksteady’s Arkham Knight.

END_OF_DOCUMENT_TOKEN_TO_BE_REPLACED

The latest in Telltale’s ongoing series of series based on licensed property is one that has a lot of fans excited. Even with the critical flops that were Batman: Arkham Origins and Batman: Arkham Knight on PC, Batman video games certainly generate quite a bit of buzz. Telltale’s take on Batman is very familiar to Telltale Games regulars but is a new take for Batman gamers as it puts as much an emphasis on Batman as it does Bruce Wayne.

END_OF_DOCUMENT_TOKEN_TO_BE_REPLACED

After a short couple of months, Telltale’s The Walking Dead: Michonne miniseries reaches its conclusion with Episode Three: What We Deserve. If you’ve read reviews of or played the first two episodes, you would know that Telltale is really struggling to capture the essence of one of The Walking Dead’s trademark characters. That’s still apparent in the final third of TWD: Michonne. To use an in-universe metaphor: It’s stumbling home like it’s a walker.

END_OF_DOCUMENT_TOKEN_TO_BE_REPLACED 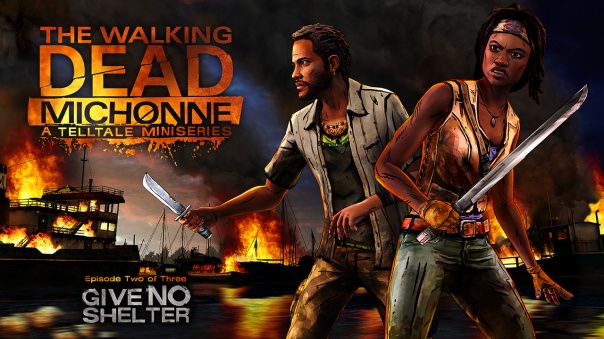 END_OF_DOCUMENT_TOKEN_TO_BE_REPLACED

Telltale’s Game of Thrones series came to an end with the sixth episode. Perhaps the extra length beyond the standard Telltale fare was unnecessary. The series had been good but not the greatness that we were used to from Telltale. Unfortunately, Episode Six: The Ice Dragon did nothing to change that perception.