Just when you thought you were over your Hearthstone addiction, Blizzard drags you back in again. Blizzard used their PAX East panel to unveil the first expansion to the Hearthstone card collecting game: The Curse of Naxxramas single-player adventure mode.

END_OF_DOCUMENT_TOKEN_TO_BE_REPLACED

Fans of the Civilization series or the classic Sid Meier’s Alpha Centuri game will have something new to sink their teeth into come this fall. Firaxis promised us something big at PAX East and their idea of a big announcement is to announce that the next game in the Civ series is the spiritual successor to Alpha Centauri with Civilization: Beyond Earth.

END_OF_DOCUMENT_TOKEN_TO_BE_REPLACED

We’ve heard little about Telltale’s upcoming Tales from the Borderlands series since its reveal at the 2013 VGX but Telltale used a special panel at SXSW in Austin this weekend to shed some light on their take on Gearbox’s signature franchise.

END_OF_DOCUMENT_TOKEN_TO_BE_REPLACED

I generally don’t preview games based off of PR snippets, trailers and hands-off demos but I think I’ve come up with a way to do it. So, welcome to the Hype Train in which I sift through all the hype behind a game to give an early preview of what is being promised and what to expect.

After the disappointment with their last three products, Dragon Age II, Star Wars: The Old Republic and Mass Effect 3, BioWare was suffering from a lack of consumer confidence. With the move to next-gen BioWare is hoping to regain its crown as the king of Western RPGs, starting with the next Dragon Age game, Dragon Age: Inquisition.

END_OF_DOCUMENT_TOKEN_TO_BE_REPLACED

It’s not often that we get our hands on a preview version of a game but who am I to turn down a new experience. So, naturally, when Cyanide gave me an opportunity to take an early look at their upcoming RPG Aarklash: Legacy, I jumped at the opportunity and was pleasantly surprised with what I saw.

END_OF_DOCUMENT_TOKEN_TO_BE_REPLACED

Injustice: Gods Among Us Demo Impressions 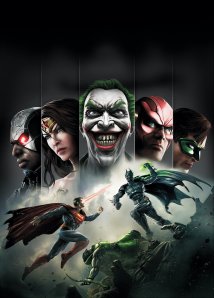 It seems exceedingly rare that a developer or publisher releases a demo of an anticipated upcoming game. Fortunately, we got one for NetherRealms upcoming DC Comics fighting game Injustice: Gods Among Us. The game has been hyping the debate between comic book fans as to whether Superman or Batman would win in a fight but is there more to this game than that?

END_OF_DOCUMENT_TOKEN_TO_BE_REPLACED

The final Mass Effect 3 multiplayer add-on pack is being released today. BioWare says that today’s Reckoning DLC will be the fifth and last free piece of downloadable content for ME3’s multiplayer mode.

As usual, BioWare is being tight-lipped about the details of Reckoning. If you do enough digging, you might be able to piece together what you’ll get when you download the DLC. But why do that when we’ve already compiled all the info and rumours about Reckoning for you. END_OF_DOCUMENT_TOKEN_TO_BE_REPLACED

Bungie’s Destiny: Much Ado About Nothing (Yet)

Not surprisingly, Bungie’s unveiling of their in-development Destiny to an assembled group of gaming press was massive news. After all, Bungie developed the Halo franchise, produced five well-received games in the series and have moved on to a much-anticipated new IP that will be published by Activision.

If you checked any of the major gaming blogs or news sites, Destiny’s unveiling wasn’t a one post piece of news. Writers dedicated multiple posts to news about the game but all those posts had one thing in common. Bungie didn’t unveil anything of substance about Destiny. END_OF_DOCUMENT_TOKEN_TO_BE_REPLACED

What to Expect from Mass Effect 3 Reckoning Multiplayer DLC 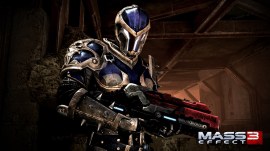 Between description leaks and datamining the 1.05 patch, we have some idea of what to expect when BioWare eventually launches their upcoming Reckoning DLC for Mass Effect 3’s multiplayer. Unfortunately, BioWare has gotten better at not tipping their hand in their patches. END_OF_DOCUMENT_TOKEN_TO_BE_REPLACED

As much crap as BioWare has taken over Mass Effect 3 (and Dragon Age 2 and Star Wars: The Old Republic), we sure as hell pay attention to every little thing they do. Yesterday, producer Mike Gamble and director/producer Casey Hudson tweeted a couple of promotional images from the upcoming Mass Effect 3 DLCs. END_OF_DOCUMENT_TOKEN_TO_BE_REPLACED