There’s cosplaying and then there’s cosplaying. While you’re used to seeing people dressed up in elaborate costumes as the stars of video games, sometimes, it’s the people playing smaller parts that do it absolutely perfectly.

Take, for example, this foursome from Playground Zero Presents who not only dressed as BioShock Infinite’s barbershop quartet but also sang God Only Knows. I’d say that these guys were probably the best cosplayers at PAX East.

BioShock Infinite: Burial At Sea – Episode One Review: Beyond the Sea

As someone who has BioShock on their personal top ten games of all-time list and top three of 2013, I had to go back to play the DLC that marries the two worlds of Rapture and Columbia together. But is Burial at Sea capable of properly combining two memorable stories and two memorable settings into one cohesive whole or does Burial at Sea come off as nothing but BioShock fan service for the sake of nostalgia?

END_OF_DOCUMENT_TOKEN_TO_BE_REPLACED

Irrational Games is Shutting Down, Cutting Most Staff

Irrational Games boss Ken Levine announced that the developer would be letting go all but about 15 staff members as it transitions from a big triple-A studio to smaller endeavor for Take-Two Interactive.

END_OF_DOCUMENT_TOKEN_TO_BE_REPLACED

7 Best Games of the 7th Generation: The Honourable Mentions

Having given you my list of the seven best games of the last generation of consoles, I thought that I should give you a brief look at some of the games that were on the shortlist but didn’t quite make the cut.

Over the course of eight years and thousands of games, cutting a list of the best of the best down to only seven game leaves many deserving games on the sidelines. So to close out our series looking at the best games of the last generation of consoles, here’s a look at some of the games that were under serious consideration for the list.

END_OF_DOCUMENT_TOKEN_TO_BE_REPLACED 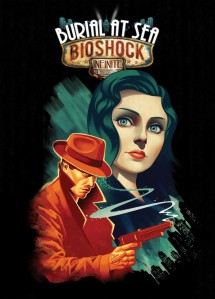 It looks like 2K Games is all aboard the DLC train this week. Yesterday, we looked at the Enemy Within expansion for XCOM: Enemy Unknown. Today, it’s the first part of the two-part Burial at Sea DLC for BioShock Infinite. If you haven’t played through to the end of Infinite, chances are that there are some spoilers in the reviews, this post and the DLC itself so consider yourself forewarned.

Opinion on the first real narrative driven BioShock Infinite DLC seems to really be split on whether you’re partial to using the term “ludonarrative dissonance.” If you thought it was a big issue with Infinite proper, you’ll find the same here. The narrative apparently doesn’t have quite the same moral undertones of the game proper’s so that might also be a detracting point for some. Though everyone agrees that the game looks gorgeous. Since BioShock doesn’t work on Windows 7, this might be one of the few opportunities for PC gamers to visit Rapture in all its glory.

END_OF_DOCUMENT_TOKEN_TO_BE_REPLACED

Blue, Green or Red with the Shepard Twins

It’s been a while since I’ve posted some fan art so here we go. Jennifer Hale starred in both Mass Effect 3 and BioShock Infinite so you knew it was only a matter of time before we saw some cross-over art between the two games. That’s where DeviantArt user Charles Wilcher comes in with this Shepard and Lutece Twins crossover art. 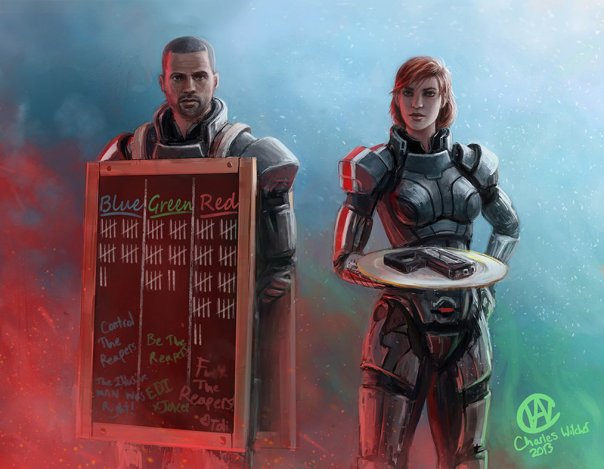 END_OF_DOCUMENT_TOKEN_TO_BE_REPLACED

Okay, BioShock Infinite has been out for five months now but sometimes you just have to take note of spectacular work.

Luke Ritson may not make a lot of videos but when he does, you absolutely have to take notice. His alternate trailers for games like Mass Effect 3 and The Walking Dead were nothing short of spectacular. So when he gets his hands on a GOTY contender like BioShock Infinite, you know that you’re in for something special.

What Went into Developing BioShock Infinite?

We talked earlier today about how expensive a project BioShock Infinite was to develop but Irrational Games has a different way of explaining the scale of the game’s development. They produced this infographic to show how much work went into the script and coding the game.

END_OF_DOCUMENT_TOKEN_TO_BE_REPLACED

The Dollars and Cents of BioShock Infinite 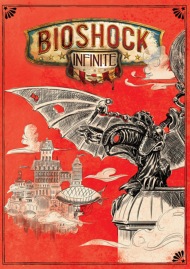 At the beginning of January, I wrote up a detailed breakdown of how much a publisher actually makes for each new copy of a game they sold. With today’s release of BioShock Infinite, I thought it would be a good time to apply these numbers to a practical example to show how profitable games actually are.

END_OF_DOCUMENT_TOKEN_TO_BE_REPLACED

It’s finally here. After a few delays, much concern over whether it would ever be released and debate over if this game could live up to Irrational Games’ legacy of System Shock and BioShock, we finally have one of 2013’s most anticipated games. Talk all you want about GTA 5, The Last of Us or even the upcoming next generation of consoles, when Ken Levine is making a game, we’re all going to stop and take notice.

Fortunately, everyone agrees that BioShock Infinite lives up to the hype and the legacy of its predecessors.