← StarCraft II: The Honest Trailer
There Are No Daily or Flash Sales During the Fall and Winter Steam Sales → 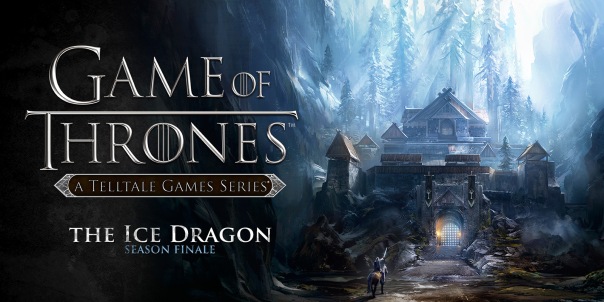 Telltale’s Game of Thrones series came to an end with the sixth episode. Perhaps the extra length beyond the standard Telltale fare was unnecessary. The series had been good but not the greatness that we were used to from Telltale. Unfortunately, Episode Six: The Ice Dragon did nothing to change that perception.

Spoilers: As per usual for our review of these episodic Telltale games, the details of the episode being reviewed will be kept as spoiler-free as practical. The details of previous episodes and the first 35 or so episodes of HBO’s Game of Thrones TV show are fair game for discussion.

So I ended the last episode by saying I made the one decision that came close to redeeming Episode Five. Given how this episode played out, I’m disappointed that I killed off Asher at the hands of the Whitehills. On the one hand, he’s the character I liked the most so his death would have the biggest impact. On the other hand, it would kind of like be killing Daryl on The Walking Dead TV series. Why would you kill the one character that just about everyone likes and what would happen if you do that?

If you came into the final episode of a story associated with George R. R. Martin and thought there was a chance for a happy ending, you would be very much mistaken. People are going to die all around you. Who and how many are largely up to your decisions in this episode. From my playthrough, I didn’t see how many past decisions weighed into this episode apart from maybe one or two with Mira but they also didn’t affect her story arc’s ending which all relied on one final decision. 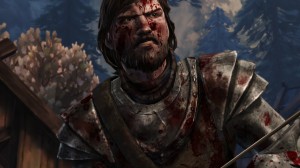 It’s something that I think we’ve gone over a few times on this blog. Telltale is really about the illusion of choice. Without strong gameplay mechanics to give us something other than watch a story, they give us these choices. The problem is that we get to the end of the story and realize that few, if any, of our choices matter in the outcome of the story. Telltale’s strength is making it seem like those choices matter, though. In this episode, it all fell apart. Halfway through the episode, I just gave up and made decisions to get as many people as possible killed. Apparently, the worst choices don’t change the story significantly from other combinations of choices.

What’s worse is that none of the deaths really have any impact. Even the Asher/Rodrik death in the previous episode feels slightly undone because the episode plays out largely the same way regardless of who you pick. At least Rodrik seems like he’s finally found his spine with an army of pit fighters at his side. Sure, the deaths do matter in the story but the difference between a death mattering and a death meaning something is the emotion. I didn’t feel much when the deaths happen apart from the final one (player-determined).

Also detracting from this episode is the fact that Telltale seems hell-bent on leaning far too heavily on the Stark story as the template for the Forresters. While the characters and their stories have stopped being carbon copies of the Starks, there were definitely scenes in this episode that reminded me of scenes that we saw previously in the TV series featuring the Starks. You can see scenes similar to ones we’ve seen with Jon, Ned, Bran, Catelyn and Rickon in this episode. They’re not so different that you couldn’t pick them out while playing.

I wish that Telltale had enough faith in themselves to write their own stories without having to lean on scenes and stories from the TV show to gain fan acceptance. We want to play Telltale’s story about Telltale’s characters not palette-swapped Starks. Unfortunately for gamers like me, Telltale thinks that this story make their game “familiar and accessible to both players of the game and fans of the show” and creates an “authentic experience.” It just feels like watching the show on repeat rather than something new. 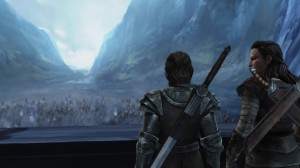 I’m not sure if it’s a good thing or a bad thing that this episode left a lot of openings for the upcoming Season Two of Game of Thrones. The story arcs from this season were somewhat concluded. Everyone’s goal was saving House Forrester but that goal wasn’t achieved or definitively failed in order to continue to the next season. The only characters that I thought had a story arc conclusion were the one you killed in Episode Five (because he’s dead) and another dependent on your choices. Well, and Ethan but he died 11 months ago. You only have one story reach a conclusion in the finale and that’s depending on your choices. Well, maybe Gared’s story could be considered to have reached an end but I’m not sold on saying that since he just went with the flow this season.

I see where Telltale is going and it looks promising from a technical perspective. Given how often I refer to the helix narrative design that see story branches only exist temporarily, the fact that there are a few permutations in which characters live and die and who ends up where says to me that we might see proper branching paths in the story going forward.

The episode’s highlight might be the concluding summary. Telltale brought back Iwan Rheon, Natalie Dormer, Kit Harrington, Emilia Clarke and Lena Headey to summarize your actions and their results over the course of the season as if they were talking about you to another character. All did a pretty good job, even Kit and Emilia whose performances were lacking compared to their fellow TV actors earlier in the season. As always, the best part was more Iwan as Ramsay being Ramsay.

In the last review, I commented that the penultimate episode of the season ran only about 80 minutes. This time, from booting up the episode to the end of the credits, this episode ran just under 1:45 for me. That’s about your average length episode of Telltale’s GoT. Without the credits or summary or intros, I’d say you’re looking at 1:35 plus or minus five minutes. Telltale was willing to put out a plus-sized Tales from the Borderlands finale that actually concluded its story before teasing the next season. Sure, it’s only 25 minutes but TFTB showed that you can do quite a bit with that extra 25 minutes. 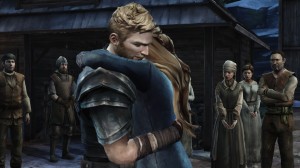 One of the ongoing complaints about Telltale’s GoT was that the oil painting graphics aesthetic didn’t look good. In the four months between episodes, I think it actually got worse. The textures looked more blurry and less detailed. There were countless instances of armor clipping through each other. The animations looked stiffer than ever. It was amazing that Telltale couldn’t improve the look of the game with four months between episodes. And why were The Wall and Meereen featured locations in the opening? They weren’t relevant to the episode.

Interestingly, there were some technical faults with Game of Thrones this time. Some lines of audio or the subtitles associated with dialogue didn’t play. There were the aforementioned graphics problems. I also read about some sort of saved game wiping glitch in the PC version of the game. It didn’t affect me but I’d hate to have sunk nearly nine hours into a game only to lose everything with 90 minutes to go.

I think that Telltale needs to seriously consider retiring the Telltale Tool. It’s a ten-year-old engine and looks terrible for this game. No one had these complaints about Minecraft or TWD or TFTB because Telltale picked an art style that worked for the engine. Graphics don’t have to be photorealistic to look good. Just look at Life is Strange on the Unreal 3 engine. Dontnod didn’t go photorealistic but it still looked fantastic when combined with the lighting and framing work. That required attention to detail. I don’t think that Telltale paid too much attention to the detail of the visuals here.

It’s not just about the graphics but there are regular glitches and too many long loading screens that need to be done away with. It’s as if the Telltale Tool was built to a functional state and never touched beyond it. While TWD: Season 3 will be on the Telltale Tool, I hope the next round of Telltale games will see a significant improvement in the engine. 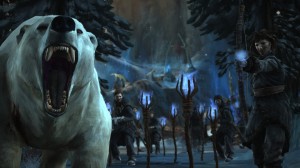 Just when you thought that Telltale could find it in them to make a good Game of Thrones game, they end on a weak note. Maybe the inevitable Season Two of Game of Thrones will do a good enough job of wrapping up the stories that were started here. However, the TV series will conclude a story told over the course of the season before cliffhangering us. I suppose that happened here but I don’t feel that same “I have to wait nine months for the next season” that I do with the TV show.

A Telltale game is about the story more than anything else. In this season finale, Telltale didn’t really come up with a satisfying ending for the story of Season One. Perhaps that was because they bit off more than they could chew with too many characters, a fixed set of parameters they had to work inside given the source material and the inherent limitations of the medium.

So while the rating for Episode Six isn’t a score for the whole season, the results of the last 11 months and six episodes of Game of Thrones have to be reflected in this episode’s rating. Unfortunately, The Ice Dragon did less to wrap up this season than it did to set up the next.

Game of Thrones – Episode Six: The Ice Dragon was played on Windows PC but is also available for Mac OS X, PlayStation 4, Xbox One, PlayStation 3, Xbox 360 and iOS. The review code for this game was provided by Telltale Games. Your impressions of the game may change depending on platform played on, PC specs and whether you want a season finale to end a season or start the next.

Interview quotes from Hollywood Reporter. Spoilers are contained at that link.

← StarCraft II: The Honest Trailer
There Are No Daily or Flash Sales During the Fall and Winter Steam Sales →