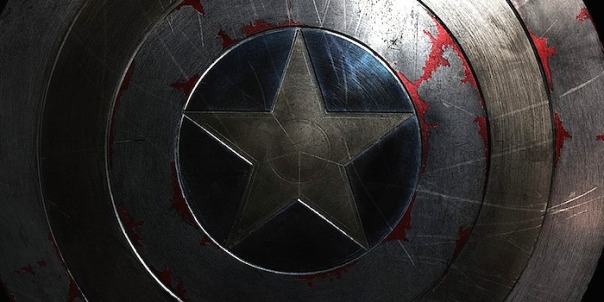 Remember those short-lived rumours that Robert Downey Jr. wanted to leave the Marvel film universe so he could work on other projects? They didn’t seem to last long did they?

If you’re a fan of RDJ as Tony Stark / Iron Man, he won’t be leaving any time soon. Downey has signed up for two more Marvel films after his current deal which runs through Avengers: Age of Ultron. He’ll be back for The Avengers 3 and get a big role in Captain America 3.

The deal almost didn’t happen. Marvel offered Downey a small role in Captain America 3 which he would have been able to film in only a few weeks. Downey wanted a bigger role in the film which led to such a disagreement that Marvel boss Ike Perlmutter had Iron Man written out of the script before cooler heads prevailed. The bigger role also gives Downey a bigger payday at $40 million (down from his $50 million for The Avengers) plus backend and a bonus should CA3 top CA2’s $714 million worldwide box office.

Spoiler Alert: The movie’s plot, the future of the Marvel film franchise and a bit of Marvel comic lore gets discussed from this point onwards. It’s the point of no return. You’ve been spoiler warned.

Downey will have a big role in this movie as he’s effectively been upgraded to the chief antagonist of this movie. Well, I suppose that depends on your perspective, really.

The movie will introduce the Marvel Civil War comic storyline of the mid-2000s to the Marvel movie universe. Much like the comic story, Tony Stark and Steve Rogers will find themselves on opposite sides of the debate over the Superhero Registration Act. Stark is in favour of the measure while Rogers is opposed. In the comics, that led to a line being drawn in the sand with Marvel heroes taking up the cause on both sides. So far, Downey and Chris Evans are the only actors confirmed for the movie though one would imagine that there will be a couple of cameos in this film.

It’s expect that the events of this movie wouldn’t be self-contained but fallout from Captain America 3 would play a big role in the Marvel movies to follow. Variety notes that Avengers 4 and Doctor Strange would likely include fallout from CA3 while The Avengers 2 would likely tease the conflict between Stark and Rogers, though that was also a part of The Avengers 1’s plot too. That Variety speculation omits The Avengers 3 which might be critical in the Civil War storyline as Chris Evans’ contract expires after that movie.

To coincide with Captain America 3’s plot, Marvel teased the revival of the Civil War story in the comics. While this could be part of the current Marvel continuity, it’s likely to be a comic prologue to CA3 and part of that continuity rather than the comic-verse.

Currently, Marvel has twelve movies either in production or in development based on its properties. Marvel/Disney is finishing up work on Avengers: Age of Ultron and Ant-Man with Captain America 3 (2016), Doctor Strange (2016) and Guardians of the Galaxy 2 (2017) in development. 20th Century Fox is keeping busy with a Fantastic Four reboot (2016) and its sequel (2017) along with sequels for X-Men (2016) and Wolverine (2017) and a Deadpool film (2016) in development. And Columbia is working on two Spider-Man films with The Amazing Spider-Man 3 (2018) and The Sinister Six (2016).

Who knew that it would be cool to be a comic fan again? Okay, I did but I’m completely biased because I have a file at my local store.