Hideo Kojima Barred from The Game Awards by Konami

It may not have taken home any of the big prizes from The Game Awards but Konami and Metal Gear Solid V: The Phantom Pain certainly was the biggest newsmaker at last night’s awards show. Even after the announcement of four new games at the TGAs, the post-show discussion centred around the news that Konami barred Hideo Kojima from attending The Game Awards.

END_OF_DOCUMENT_TOKEN_TO_BE_REPLACED

There’s just one problem with those reviews. They were all done at a Konami supervised review event that saw all reviewers play the game for 8 hours per day with no unsupervised play allowed.

END_OF_DOCUMENT_TOKEN_TO_BE_REPLACED

Over the course of the week, we’ve covered a lot of trailers from this year’s edition of the Electronic Entertainment Expo. However, we haven’t covered those trailers that weren’t revealed as part of one of the eight big press events held over the course of the week. Let’s make up with that by looking at a dozen of the trailers that you might have missed this week. There are some really big games that missed out on those big keynotes.

END_OF_DOCUMENT_TOKEN_TO_BE_REPLACED 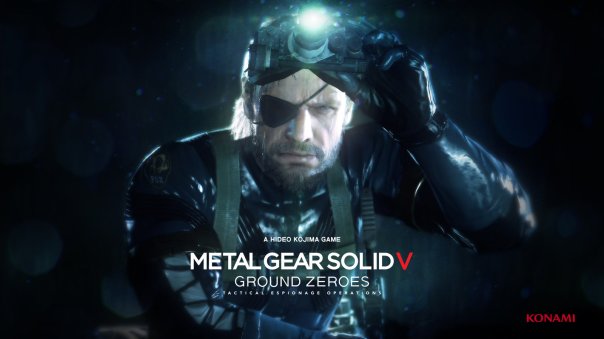 If there’s one thing that will get gamers excited, it’s the words “Hideo Kojima.” The man has generated so much goodwill among gamers for the epic Metal Gear series that he might as well walk on water. Just the announcement of Metal Gear Solid V: The Phantom Pain was enough to launch the hype train to near unprecedented levels.

Then Metal Gear Solid V: Ground Zeroes happened. The game was released in March 2014 on console for $30 but it didn’t live up to the hype or the price. What was a very solid experience was overshadowed by backlash over fan criticisms of a lack of value.

And now Ground Zeroes has made its way to PC. It made a big splash with a smaller price tag than the console release and getting a 33% discount on release day thanks to a front page appearance during the Steam Holiday Sale. Can the PC port of Ground Zeroes salvage some of Metal Gear Solid and Kojima’s reputation?

END_OF_DOCUMENT_TOKEN_TO_BE_REPLACED

I’m furiously working on my write-up of the Xbox One press event and hope to have that online in a couple of hours. For now, let’s tide you over with this fantastic trailer for Metal Gear Solid V: The Phantom Pain. It’s supposed to be actual gameplay footage and, if it is, it looks amazing. Maybe this next generation of consoles isn’t such a bad thing, even if MGS5 looks a bit like Red Dead Redemption.