← E3 2015: EA Expected to Bring the Franchises in their Keynote
E3 2015: What Surprises Are In Store at Sony’s Press Conference → 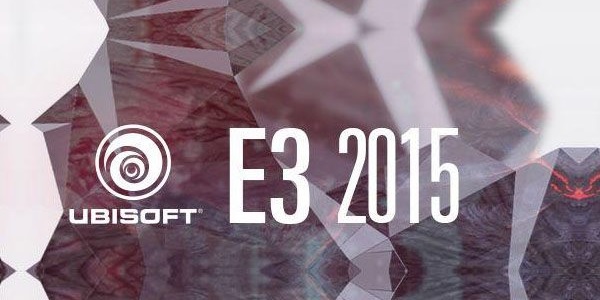 I feel as though that title is part trolling Ubisoft and part the absolute truth. Ubisoft is a tricky company to figure out. While they will put money into new games, they all tend to be very formulaic unless they’re of the smaller or experimental variety. So will they have anything new for people to play in the near future?

As we have come to expect from Ubisoft, we’ll be seeing a preview of the new Assassin’s Creed. This one is called Syndicate and will be set in Victorian London. Unlike past AC games, the focus will be split between two protagonists, a pair of twins (one of whom is voiced by Jennifer Hale).

So we can expect to see a very lovely look at the new setting and some of the differences between the two main characters in combat along the new travel systems. I would assume that we’ll also get more info on Evie Frye (the female twin) as she’ll be the first playable female character in a main AC series game. After previous complaints about the lack of female characters in the games, I wouldn’t be surprise if she gets most of the attention.

While each twin will have their own story missions, it will be interesting to see if there’s a split in the number of twin-specific missions. I can’t remember if it was speculation or a report that suggested that there would be far fewer missions for Evie than her brother. If that’s true, it would cause massive backlash. While a female protagonist in a a triple-A title would seem like a massive step forward in a male-dominated space, if it’s only a token effort, it’s likely to have an effect opposite of what was intended. Since the man is front and centre in the cover and preview art, I’m worried this is true.

What we’re missing from The Division is some sort of story or goal apart from an epidemic that decimates the population that you’re now in charge of. With this being the third year of showing off The Division, we know what to expect. There might be a little more in terms of co-op missions or PVP or how you interact with other players you encounter.

The other Tom Clancy game is Rainbow Six Siege. It may not have the hype that The Division has but Ubi is quite keen to point out its E3 awards from last year. Evolve had a lot of E3 awards too. How’s that doing? 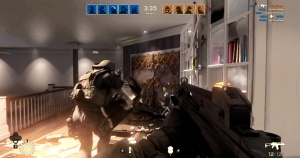 I would expect a gameplay demo of Siege with all of the unique gameplay aspects shown off. I wouldn’t be too surprised to see a couple of multiplayer modes shown off but certainly one that will likely remind us of CS:GO. Ubisoft’s FY15 earnings presentation also mentioned that Siege would have a lot of replayability. I’m not quite sure how but Ubi would be smart to explain that here.

In the case of both games, expect to hear details of betas and release dates. Rainbow Six is expected later 2015 while The Division has an early 2016 release window. Expect both to have target dates announced during the press conference.

Much to no one’s surprise, we’ll see a Just Dance 2016 reveal. At this point, I’m assuming the cost of developing the game is so negligible that they could burn everyone out and still make money from selling five copies. For the sake of disclosure, VG Chartz says that Just Dance 2015 sold 3.3 million copies. Over half were sold on the Wii but the Wii U was the next highest platform.

One thing that you may or may not see at E3 is the first look at Watch Dogs 2. Ubisoft has all but confirmed that they’re working on WD2 and we know that they went into development on Watch Dogs with the intention of making it a franchise. The existence of a Watch Dogs 2 will surprise no one. The only surprise is when we first see it.

As for what else Ubi could bring to Los Angeles, there has been a lot of dreaming. Some people hold out hope that Beyond Good & Evil 2 could be officially re-confirmed this year. The annualization of Far Cry has been talked about as a future strategy for Ubisoft though I would think alternating full versions and Blood Dragon or Wolfenstein: The Old Blood standalone short games would be a more sound strategy.

The possibility of another Prince of Persia reboot or a sequel has also been mentioned. Voice actor Robin Atkin Downes mentioned Prince of Persia on Twitter. What makes that mention even more interesting was that he voiced the Prince in Warrior Within before Ubi changed creative gears again.

So the question is if this will tie back to the Sands of Time trilogy, the PoP 2008 or be a complete refresh of the franchise (again). I’m a huge fan of Sands of Time and PoP 2008 so I wouldn’t mind more of either. That being said, regardless of where they might go with more Prince of Persia, I’m just hoping it doesn’t turn into another generic Ubisoft open-world game.

Of course, that could be completely off base and Ubi could just be putting together an HD collection for PS4 and Xbox One.

← E3 2015: EA Expected to Bring the Franchises in their Keynote
E3 2015: What Surprises Are In Store at Sony’s Press Conference →