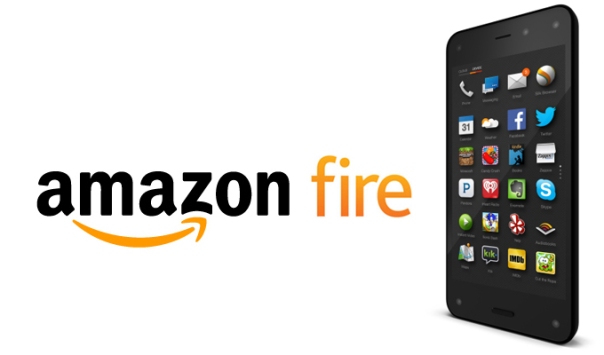 It’s been rumoured to be coming for years but we’ve never actually seen the long discussed Facebook phone. However, the far less hyped Amazon phone is actually a reality. On Wednesday, Amazon through their hat into the increasingly crowded smartphone ring with the new Amazon Fire Phone.

The Fire Phone will be available for $199 with a two-year plan (only on AT&T in America) but it will come with a one-year subscription to Amazon Prime which is a $99 per year value.

From a technical perspective, the Amazon Fire stacks up reasonably well with other phones at the price point. It has a 4.7″ screen with 720p display. However, it has 14 pixels per inch less than the iPhone 5S. Its cameras do have more megapixels than the iPhone at 13 MP in the back and 2.1 MP on the front. It’s all powered by a Snapdragon 800 processor which is believed to be comparable to Apple’s A7 processor.

While it might be comparable to the competition, where it’s going to set itself apart is with the new party tricks that the Fire Phone brings to the table.

The first is Dynamic Perspective which is the Fire’s gesture controls. Tilting the phone will open various option menus and apps compatible with the feature will have their own special functionality to go along with the tilting. Swiveling the phone will open up notifications and a quick options menu. There will also be an auto-scroll functionality using the tilting of your phone.

There’s also the Firefly functionality. A dedicated Firefly button on the side of the phone will activate what is basically a multi-purpose identification software. If you’re watching a movie or listening to a song, hitting the Firefly button will enable a listening function that will determine what you’re listening to. From there, you can buy the song/movie/TV show on Amazon, save it to your wish list or use the Amazon Fire’s X-Ray feature to pull up additional info about the show/movie/song. If it’s another item you’re looking at, you can aim your camera at it and push Firefly to trigger a visual ID and pull up the product in the Amazon store so you can buy or wish list it.

So how will the Fire Phone stack up with the competition from the Android and iPhone ranks? Well, I don’t think we’ll really know until the Fire comes out in a month’s time. If the Fire Phone’s various unique features work nearly flawlessly, it could still be a game changer for phones.