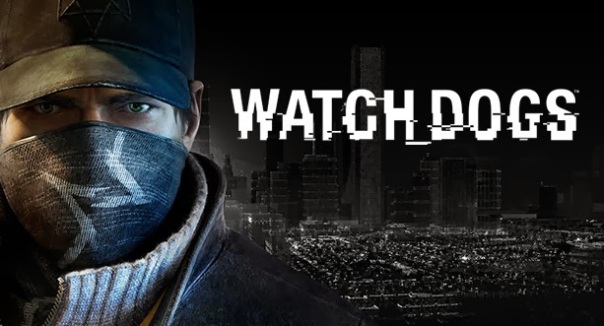 I’m not a fan hyperbolic hashtags but since it was announced, Watch Dogs has had enough #hype that it easily trumps the amount of hype that Titanfall had behind it. This game had a solid two years of hype from the initial announcement to buzz over next-gen level graphics, the release date announcement and subsequent delays. For these last two years, Watch Dogs has been held up as the gold standard for next-gen gaming. It was hyped as the first must-own game of this generation of consoles. Well, it might have been if it hadn’t been pushed back six months.

Watch Dogs is the second of this month’s releases that I saw in action at Fan Expo. Trust me when I say that Watch Dogs needed the time to fix it. There were clipping issues with bridges. The framerate was a bit wobbly. And the controls looked a little sluggish. Of course, that was just one tiny vertical slice that I saw nine months ago.

Did the extra six months of polish time make Watch Dogs worth the #hype? Let’s see what the critics think.

“In a Chicago of the very near future, ctOS – a Central Operating System – connects almost everything from utilities, ATM machines and CCTV cameras to public transport, webcams and even smartphones. Data from all these devices flows through a number of nerve centers spread across the city, where much of it is also stored – something that most people don’t know. Protagonist Aiden is able to exploit weaknesses in ctOS’ security and use his smartphone to hack and interact with anything that is connected to it.” – US Gamer (10/10)

“You are Aiden Pearce, a shady hacker with an allegedly Iconic Baseball Cap and a magic cellphone that can interact with the online mainframe running almost every scrap of tech in Chicago – ctOS. After an infiltration job goes horribly wrong, Pearce finds himself on the wrong side of some very dangerous men, getting his family caught in the crossfire. Exploiting ctOS to his own ends, Pearce turns vigilante, dishing out justice to evildoers in his own violent manner, and placing himself in the sights of some very scary men indeed. It’s the done thing.” – The Escapist (9.0/10)

“Watch Dogs is not about the act of hacking, so much as the influence it has on a society too dependent on software – software that controls, monitors and predicts the move of every citizen. Put a big action-movie spin on it and you get the enormous playground of Watch Dogs, presided over by the Blume Corporation and its pervasive ctOS security system.” – Joystiq (8.0/10)

“Over more than 20 hours, the straightforward revenge story becomes more and more complex until it’s bursting with intrigue… only to take a strange turn for the mundane when the motivations behind it all are revealed. For a game that deals with themes like surveillance society and media manipulation, Watch Dogs’ villains just aren’t thinking very big.” – IGN (8.4/10)

“Many of the game’s primary objectives involve infiltrating guarded locations, which can be done with stealth in mind or a grenade launcher in hand. There’s no judgement for killing either, but you might hesitate when your phone tells you, for instance, that a potential target is just 18 years old. You can surprise foes with Aiden’s collapsible baton instead of killing them, or lure them away with car alarms, seemingly possessed doors and other wizardly tricks and traps.” – Joystiq (8.0/10)

” Unlike in GTA, if you’re tailing a perp down the mean city streets you don’t just have access to a car and your gun; you have the entire city’s ctOS system at your fingertips. Don’t want to participate in a twenty minute car chase? Then wait until your target drives over a steam pipe and blow him to smithereens. Prefer less collateral damage? Why not raise the bollards in front of him and watch him slam to a halt? You can even ignore hacking entirely and chase after him manically with a shotgun. The point is that the choice is yours.” – God is a Geek (9.0/10)

“Like many open-world games, the activities in Watch Dogs split your time evenly between being on foot and in a car (or motorcycle or boat). The driving controls are looser than I’d like, and are more reminiscent of the early 3D GTA games than the turn-on-a-dime handling many modern games offer. Most objects have a distinct feeling of weightlessness in the world; fences crumple like tissue paper, light posts snap off and shatter on the ground, and cars spin out of your way with minimal contact. Smashing through bus shelters and sidewalk cafes without losing speed creates some Hollywood-worthy action moments.” – Game Informer (8.5/10)

“The central hacking gimmick is pretty fun, though. Using his ever-present cellphone, Aiden can manipulate the world around him, interacting with technology to suit his needs. While in “Profile” mode, players can pry into the lives of everybody around them, with names and personal secrets appearing onscreen at all times. Some NPC phones can also be hacked, allowing one to listen in on conversations, gather information on crimes in progress, or steal software keys and cash from bank accounts. There’s something fun about simply wandering the streets, seeing who isn’t allowed near schools or who ran with the bulls in Spain. While the data is prone to repeat with enough playtime, there’s enough variety to where it won’t repeat very often, even after hours upon hours of play. The amount of phone call audio and text message logs that one can uncover, stuff that really means nothing to the game itself, is staggering, and all contributes to the creation of a believable world.” – The Escapist (9.0/10)

“Unless you opt out, you’re also regularly prompted to jump into multiplayer activities, like a simple race through the streets or a much more interesting cat-and-mouse game of tailing and hacking another random player. It’s a setup with a lot of room for creativity and hilarious experimentation as you try to hide or blend in with the civilians. There’s also the highly entertaining capture-the-flag style Decryption game, where one player desperately tries to evade the rest, and a challenging race where you have to evade traps and cops triggered by a player using the free iPad app.” – IGN (8.4/10)

“The echoes of other games are loud. The way Aiden jogs and clambers as he navigates back alleys and rooftops, with you holding down the shoulder button to seamlessly vault and climb, is reminiscent of Assassin’s Creed, for example – though without that game’s nimble verticality and vertiginous parkour. You won’t be scaling any sheer walls or taking flying leaps here, but you will be barging through crowds and working your way around CtOS towers, each of which unlocks more map icons and side missions. That’s much the same as the lookout towers from Assassin’s Creed but also identical in function to the enemy outposts of Far Cry 3. Call it Ubisoft’s house style, if you like, but it leaves Watch Dogs feeling more like a greatest hits compilation than a distinct title.” – Eurogamer (7.0/10)

“In a lot of ways, Watch Dogs falls into the same routine as most other mission-based open-world games. There’s a main narrative of missions that progress in order, with side missions that back them up and give you a little something to do if you’re looking for a change. The mission design is really standard for this sort of game–you’ll hunt people down and shoot them, you’ll get away from the cops, and the missions where you’re asked to tail someone discreetly continue to suck. I don’t necessarily view all this as a bad thing, but at this point in life you’ve probably already determined whether or not you like this sort of game. Not to get overly reflexive on you, but if you have the hunger for this type of open-world game, it’s a solid entry. The things designed to set Watch Dogs apart, though, don’t make that big of an impact.” – Giant Bomb (6.0/10)

“Visually, the game is on much firmer ground. This digital Chicago stretches from the rundown inner city area known as The Wards through a glittering downtown and up to the rural backwater of Pawnee. The world-building is rich enough that you can read the appropriately fish-themed, hand-written menu of a small café bar on the shore of a lake.” – Eurogamer (7.0/10)

“This is, unlike Infamous: Second Son’s Seattle, a bustling metropolis, though creating a believably busy city has come at a cost: Second Son was gorgeous, and Watch Dogs isn’t. The weather system, which spans grey and stormy, overcast, and hazily sunny, has seemingly been designed to mask the poor draw distance, since cars and scenery fizz into existence a couple of hundred yards away. It’s never an ugly game – it looks much better at night, and does a fine line in explosions – but you’re rarely made to feel as if you’re looking at a generational leap forward for open worlds.” – Edge Magazine (8.0/10)

“Watch_Dogs is a landmark, benchmark, must-buy game. It’s a challenging, rewarding, adrenaline pumping, utterly compelling spectacle that absolutely delivers on the sandbox premise by giving you a really interesting set of tools that you can use in whatever way you see fit to solve inventive, creative and exciting missions and objectives. This is the next generation I’ve been looking for.” – US Gamer (10/10)

“It’s all a bit of a muddle, suggesting an unwarranted lack of confidence in the core systems, and at times the most keenly anticipated game of this new generation leans too heavily on the conventions of the past. Watch Dogs was so well received at E3 2012 not for its looks, but what it promised: a truly new way to play open-world games in which the concept of agency extends beyond choosing where to go and what to do next. And whether you’re on foot, behind the wheel or in combat, Watch Dogs delivers on that promise. Rarely has a single button done so much, and so well.” – Edge Magazine (8.0/10)

“Even though I feel its story is often weak and its action isn’t that different from other games in the genre, I still enjoyed my time with Watch Dogs. It turns out that the old stuff still works, and the strong-but-standard mission design kept me entertained, most of the time. It’s rough around the edges, though, so if you don’t settle for anything less than the best, you’ll probably be disappointed. But hey, Watch Dogs 2? That’ll probably be pretty cool.” – Giant Bomb (6.0/10)

Posted on May 30, 2014, in Games and tagged Ubisoft, Ubisoft Montreal, Watch Dogs. Bookmark the permalink. Leave a comment.