The Legend is True: Copies of ET Found in a New Mexico Landfill

Most urban legends are just that: Legends. However, gaming’s most legendary tale turned out to be true. A documentary crew doing a documentary on the history of Atari found the legendary resting place of thousands, if not millions, of copies of the failed E.T. game for the Atari 2600.

END_OF_DOCUMENT_TOKEN_TO_BE_REPLACED 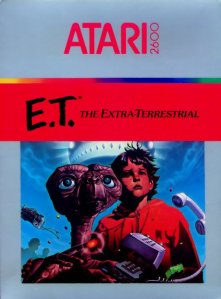 We’ve all heard the urban legend about the massive failure that was Atari’s E.T. game. The story goes that Atari were expecting their ET game to be a massive commercial success following how big a hit the movie was. However, Atari massively over estimated demand for the game and the initial production run left scads of unsold cartridges when all was said and done. To get rid of the unsold games, Atari dumped and buried ten to twenty transport trucks full of unsold ET games at a landfill near Alamogordo, New Mexico.