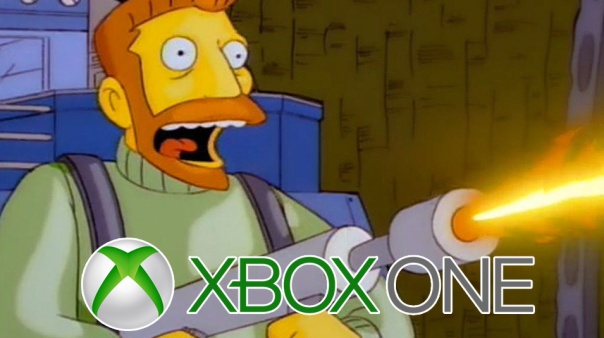 Much like Sony is working on a not insignificant upgrade to the PlayStation 4, it has been something of an open secret that Microsoft is working on an upgraded version of the Xbox One. What wasn’t known until this week was how much of an upgrade the next Xbox One would be but reports from Kotaku and Polygon suggest that the next Xbox, codenamed Scorpio, won’t just be a minor improvement to balance power with the PlayStation but blow it and the current Xbox One out of the water.

Reports dating back months have suggested that the next Xbox console had been in production since February in anticipation of a sales launch in September. These improved / more powerful versions of established consoles are currently all the rage for Sony and Nintendo so it would have made sense for Microsoft to answer this year. However, the latest rumours have the more powerful Xbox One coming out in 2017. Instead, it looks like this fall will see the launch of a smaller Xbox One console that’s about 40% the size of the current XB1.

While the PS4 Neo/4K is coming to market this fall, Microsoft is taking an extra year to come to market with the Scorpio. What that extra year is buying MS is something that could be damn well near a new generation level of power jump. Currently, the Xbox One is believed to peak at between 1.22 and 1.32 teraflops of computing power (no, I don’t know what that means except that more is better). Polygon is reporting a target of 6 TFLOPS for Scorpio which is over four times as much power as the current hardware. For comparison, the PS4 runs at 1.84 teraflops and the PS4 Neo (AKA PS4K) is reportedly targeting 4.14 TFLOPS. That means that the balance of computing power has swung from being in Sony’s favour by 50% to Microsoft’s by 45%. That was reportedly Microsoft’s goal with this next stage of Xbox One.

Kotaku was also quick to point out that the Scorpio will be powerful enough to handle VR, likely using the Oculus as the preferred headset if they can work out a deal. Sony is working towards the launch of PlayStation VR and much like the added power for Scorpio, this will also allow Microsoft to cover off an advantage that Sony has over them.

Perhaps bigger news is that Microsoft sources told Kotaku that the Xbox division is planning to move away from the current generational model of hardware development and going to a more incremental model. The comparison they use is to Apple’s iOS devices. New ones come out every year but very seldom is there a large jump in the power of the hardware.

That brings up concerns about consoles becoming obsolete after a very short period. The last console generation lasted eight years. While that’s a long time compared to the five or six years that gamers have traditionally had, asking for $400+ for a new console every three years is a far bigger ask of gamers. Without guarantees of compatibility of games on both the Xbox One and the Scorpio, we could see gamers give up on this console generation altogether. If Microsoft wants to drive gamers to PC, this is a brilliant strategy.

Also, I’m sure that many people will find the Scorpio name ironic given Microsoft’s goals. Simpsons fans will remember Hank Scorpio who was Homer’s boss for an episode. He was a benevolent boss to his employees but was really an evil madman hellbent on world domination. Given how Microsoft is trying to blow Sony out of the water with the Scorpio, one wonders if they way they’ve gone a bit Scorpio.

Posted on May 27, 2016, in Games and tagged Business of Gaming, Microsoft, Scorpio, Xbox One. Bookmark the permalink. Leave a comment.