The iPhone 6 Plus Has a Bending Problem 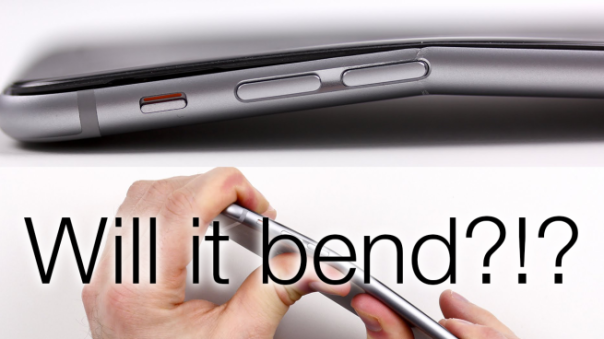 Earlier this week, I told you not to microwave your iPhone 6. Today, I’m going to have to tell you not to put your iPhone 6 Plus in your pockets. This has nothing to do with any hoax ad. It turns out that there are multiple reports of iPhone 6 Pluses bending under sustained pressure while in someone’s pocket.

Anecdotal reports indicate that the bending occurs when someone is sitting down or bending over with the phone in their pocket. Apparently the sustained pressure your pocket puts on the phone causes it to mould to the shape of your thigh.

Shockingly, though, there are a lot people who aren’t very sympathetic to iPhone 6 Plus users whose phones are warping in their pockets. The Daily Dot is telling Apple fans to “wear looser jeans.” Mac Rumours told people to take their phones out of their pockets before sitting down and get a case to reinforce the structural rigidity of the phone. The Washington Post basically shrugged its shoulders and claimed that was the risk of being an early adopter. For their part, Apple has remained typically quiet on the matter.

I get the feeling that if this wasn’t a product from a company with a cult-like following, this would be a story rife with commentary about consumer rights as the product as designed couldn’t handle standard wear and tear after less than a week. It doesn’t matter if it’s Apple, Samsung, HTC, Nokia, BlackBerry or Mapple. If you make a terrible quality product, like one that deforms in your pocket, you should be held accountable. It doesn’t really seem like there’s a rush to accountability, though.

So when does Apple release the special iPhone 6 Plus man purse (or European carry-all) designed specifically to carry your phone?

Posted on September 26, 2014, in Tech and tagged Apple, iPhone 6 Plus. Bookmark the permalink. 1 Comment.