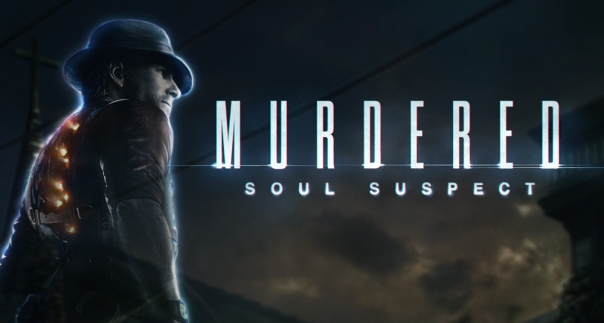 If you follow me on Twitter (@TheSteveMurray), you probably saw me mention that I wasn’t disappointed that I was turned down for a review copy of a recent release. The game came out to pretty poor reviews by big release standards so not spending 10 hours of my life playing and a couple more writing and editing a review was probably to my benefit. Instead, I’ll spend a couple of hours reading and condensing reviews of Murdered: Soul Suspect for a Critics Corner post.

Murdered: Soul Suspect sounds like a fairly intriguing concept at first but it sounds like the execution was a little lacking. Just about everyone found some aspect of the game a bit “meh” but most found more than one aspect to be lacking in polish.

So enough of my little preamble. What did the critics think of Murdered: Soul Suspect?

“Murdered: Soul Suspect tells the story of Ronan O’Connor, a heavily tattooed, former criminal-turned-police detective. Like all grizzled cops, Ronan has a tortured past (complete with a murdered wife) driving his search for truth and justice, making him come across as a less ornery version of Max Payne. Unfortunately for Ronan, he begins the game dead after having been both thrown out of a fourth story window and shot repeatedly by the notorious Bell Killer. Waking up as a ghost, Ronan learns through some exposition provided by his dead wife that before they can be reunited, Ronan must resolve any unfinished business he has in the mortal realm – namely, solving his own murder and those of the Bell Killer’s victims.” – The Escapist (5.0/10)

“One small problem with fulfilling that goal is the fact that you’re dead, and while you can see all sorts of ghostly points of interest… interacting with the world requires a level of corporeality that you severely lack. Recognizing your limitations, you team up with Joy, a teenage medium whose interests happen to align with your own. Though at times she brushes up against the cookie-cutter trope of a smart-aleck teen with a quick wit and sharp tongue, she’s far more relatable than that, expressing genuine fear and concern about the bizarre things happening around her. Her snarky comments feel real and as much a method to bull her way through scary events as they are the assumed world-weariness that has long been the personal identity of intelligent teenagers. She’s a good counterpoint to Ronan, who is Blandy McBlandercop, despite his many tattoos, felonious history and questionable choice in hats.” – Joystiq (7.0/10)

“It’s similar in tone and style to a game like LA Noire or Heavy Rain if one or both of those was thrown into a blender with Legacy of Kain: Soul Reaver. The game centers around Ronan’s mission to uncover the true identity of the Bell Killer, the twist being that you’re dead so you can’t indulge in the same interrogation tactics as Cole Phelps does in LA Noire or the fast-paced fighting and fleeing in Heavy Rain.” – Kotaku (No)

“It’s a powerful whodunnit set-up, which kept me invested – just – for the ten hours it took to reach the reveal, despite narrative shortcomings elsewhere. An insistent yet irrelevant sub-plot involving Ronan’s wife, for example, evokes a particularly clunky romance novella, while the thoughts of possessed citizens that Ronan is able to hear are oddly mundane. The supporting cast fails to make an impression too, save for Joy, a spirited young medium – terrifically voiced by Entourage actress Cassidy Lehrmam – who deserves more screen-time.” – IGN (5.5/10)

“Murdered feels like what would happen if 2010′s cult classic Deadly Premonition were more interested in telling a detective story than being an over-the-top homage to Twin Peaks. Murdered takes a chance on handling its silly subject matter with a straight face, and it pays off with a story that is intriguing, suspenseful, and ultimately human.” – GamesBeat (8.9/10)

“Murdered plays out almost like a particularly robust visual novel, with your role being to facilitate the presentation of the narrative. As Ronan investigates first his own murder and then several others, he travels from location to location, searching for clues and trying to piece together what they might mean. Although Ronan can’t touch anything, he can glean some information by possessing people, which lets him eavesdrop on conversations, see through their eyes, and sometimes even influence their actions. He can also reveal the remnants of strong memories, restoring them to their full form and learning more about the event that created the thought. It’s also worth chatting up the local spirit population for potential leads, though they’re usually more interested in their own problems.” – Joystiq (7.0/10)

“Much of the game involves scouring the immediate area for clues, which are then added to a list of topics which you can use to either stimulate someone’s memory, coax them into doing or saying something to your advantage, or simply piece together evidence so you can then prove to the game you know understand what’s going on.” – Metro (3.0/10)

“You can inhabit the bodies of the townsfolk around you and read their mind or control them, but this is a fairly useless mechanic that isn’t good for much else besides gleaning additional information about the plot that isn’t exactly helpful. It feels much more like a gimmick than a useful tool in uncovering the truth behind the Bell Killer, but then so do most of the things you end up doing as Ronan throughout the game. Considering the rest of your time is spent aiding ghosts who need some assistance in coming to terms with their deaths and residual feelings, the ability to ‘mindjack’ acts as a bit of padding to the rest of the game’s barebones structure. It’s not that it’s all bad — it’s just painfully bland, with no real direction.”  – Destructoid (4.5/10)

“Oh, and you can possess cats too. That’s probably my favorite part of the game. Because, I mean, they’re cats… The sad part about that is: I’m not actually joking. The feline-centric levels in this game honestly stand out as of its most dynamic sections. Partly that’s because the cat is a more nimble beast than a human being—living or otherwise. But it’s also a sign of just how restrictive most of Soul Suspect’s world feels.” – Kotaku (No)

“Another aggravating aspect of Soul Suspect is what it tries to pass off as action. There’ll be several areas where you’ll have to guide Ronan past a handful of imposing demons out for Ronan’s tasty soul. These sequences often turn into a cat and mouse game where you jump between spectral hiding spots in a bid to stay in one piece while demons scour the area methodically. But the tension of every encounter with these glowing orange menaces dissipates quickly when you realize you can banish demons by getting close and pressing a in a simple button prompt. What should feel like a tense, teeth-gritting side-trip into otherworldly horror ends up coming across more as an annoying chore, and you can’t help but feel like the demons are there just to pad out the game for a few extra minutes.” – The Escapist (5.0/10)

“Airtight’s loving rendition of Salem is a chief reason that Soul Suspect works so well. Salem is a real-life harbor city famous for the witch trials that gripped the populace in the 1600s, as depicted in The Crucible. Airtight built a ghostly version that looks and sounds like the real thing — complete with nods to the town’s maritime history, countless seafood houses, and grisly tourist attractions — like witch museums and graveyard tours. The only thing missing? Almost none of the locals in the game sport the signature New England accent.” – Polygon (7.0/10)

“Unimportant NPCs have low-detail design. Far less attention is given to lip-syncing (they’ll often perform gestures unrelated to their dialogue) and there’s a rampant frequency of character model and dialogue recycling. Add to that numerous incidents where an NPC’s conversational voice fails to match the character model or internal dialogue, and you’ve got a confusing mess. It’s tough to tell which is more off-putting: a young-looking NPC with an elderly voice, or the fact that a half-dozen people will have the same exact thoughts. At some point you’ll just tune all NPCs out entirely.” – GamesRadar (5.0/10)

“Murdered: Soul Suspect is one of the most surprisingly good games I’ve played in a long time. It manages to sell its bizarre premise and builds a solid, moving story out of it, and the plot-propelling investigations add immensely to the detective feel. Walking around as a ghost is clever and entertaining, and it even manages to inject variety into some of gaming’s most overused elements.” – GamesBeat (8.9/10)

“There’s nothing more enjoyable as a reviewer than discovering a new and original style of game, something unlike anything else that’s out at the moment. And there’s nothing worse than the slow realisation that despite all the noble ideas and ambition it’s just not very good. Murdered: Soul Suspect is trying desperately to do something different, and in that it succeeds admirably. It’s just when it comes to anything that it starts to get into trouble.” – Metro (3.0/10)

“I truly wanted to like this game. It combines several of my favorite tropes and ideas into one cohesive whole, and I respect what it was trying to attain. But combining an underdeveloped hide-and-seek operation with a ghost story that seems ripped straight from a casual game isn’t the way to hold my attention. It’s a half-baked concoction full of lofty ideas that don’t quite mesh well together topped with a fedora. And I don’t think that’s a confection anyone really wants to devour. Save this one for a rental.” – Destructoid (4.5/10)