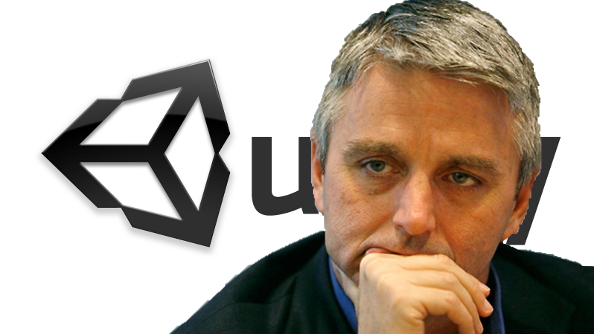 The man who led powerhouse Electronic Arts to two consecutive Consumerist Worst Company in America awards in 2012 and 2013 and whose influence resulted in tainting the public perception of two legendary developers in BioWare and Maxis is now in charge of popular indie game engine Unity. This week, Unity announced that John Riccitiello would take the reigns of the company as its new CEO.

It’s easy to judge a man on his past rather than his future and that’s especially true of a man with a storied history like Riccitiello. While he has served on Unity’s Board of Directors since last year, he was EA’s CEO from 2007 to 2013. During the last two years of that tenure, EA fell out of favour with gamers after controversies surrounding the ending and response to the ending of Mass Effect 3, the failed launch and simplification of SimCity and the wedging of microtransactions in many EA titles.

In their statement, Unity said that Riccitiello is “the right person to help guide the company to the mission that we set out for ourselves over a decade ago: democratize game development!” Considering his fondness for season passes, DLC and microtransactions, I don’t think that many gamers would put Riccitiello and “democratize” in the same sentence.

Prior to Riccitiello taking the CEO post, Unity was led by co-founder David Helgason who had served as CEO since the company was formed in 2003. Helgason won’t be leaving his company, though. He’ll be staying on as the company’s Executive Vice President of Strategy and Communications.

It’s an interesting choice for the future of Unity but it also seems to be the exact opposite of what the company stands for. We usually see Unity powering indie and mobile games. Riccitiello represents big gaming and big money, not the little guys. However, in their statement, Unity says that Riccitiello is “a heartfelt believer in the indie scene.” Maybe we’ll see a new John Riccitiello at the helm of Unity. I don’t know if you can tell but his track record doesn’t inspire confidence in me. Of course, that’s unless he’s being brought in to make more money. Then I have complete faith.