← Geek Links of the Week
More Gameplay Videos from Gamescom 2014 → 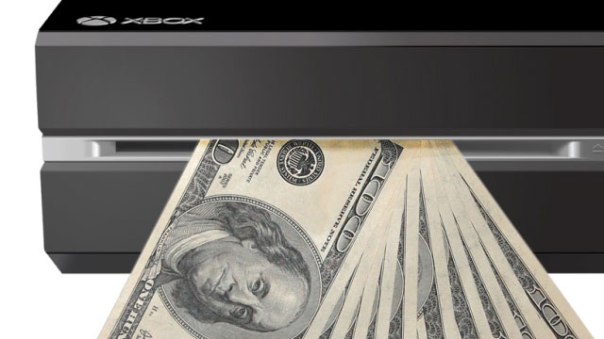 Microsoft is looking to put an emphasis on digital distribution and downloadable games by bringing them to the brick-and-mortar game shop near you. The green brand is launching a pilot program in the US and UK to allow gamers to buy codes for select Xbox 360 and One games.

The first set of digital codes for sale include expansion packs for Halo and Forza Motorsport and a few indie games such as State of Decay and Max: Curse of Brotherhood. The game offerings and the countries that this program is available in will expand over the coming months. This program won’t change the offerings available on the Xbox Live store online or on the Xbox consoles. Previously, you could purchase digital codes Xbox Live Gold memberships and some DLC packs through brick-and-mortar retailers. This is just expanding the means with which you can buy digitally.

For Microsoft and publishers, it’s a money-saving exercise since printing discs and cases increases the cost relative to a purely digital purchase. It costs the publisher about $15 for the box and disc of every physical copy. Even at a discounted price, publishers make more money going digital.

It’s also a measure of catch-up for Microsoft. Sony has been pushing the digital offerings on PlayStation 4 and PC has largely become a digital platform during the rapid growth of Steam. Granted, considering that the Xbox brand is really just a North American powerhouse and second or third fiddle elsewhere in the world, the late transition to digital makes sense given the state of internet prices and bandwidth restrictions on the continent compared to the likes of Europe and Japan.

What will be interesting is what this might do for the consumer. The openness of game code sales in the PC space has created competition that has resulted in regular sales and PC gamers generally not having to put in any effort to find a discount. I honestly couldn’t tell you the last time I paid the full price for a PC game that was regular $20 or more.

We haven’t seen the same price competitiveness on the consoles but that’s also because Microsoft and Sony control the ecosystems. At a certain point, I would imagine that we’ll see some competition that will drive prices down. It eventually happened for PC gamers. There’s no reason why big sales, cost savings and competition will come to digital console game sales.

Posted on August 18, 2014, in Games and tagged Business of Gaming, Microsoft, Xbox 360, Xbox One. Bookmark the permalink. Leave a comment.

← Geek Links of the Week
More Gameplay Videos from Gamescom 2014 →