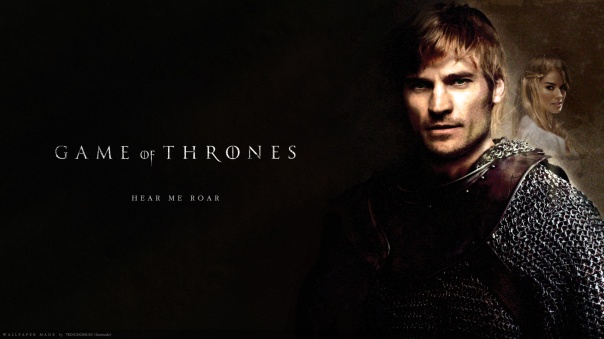 After last week’s very controversial episode, we had an episode that I would accuse as being set up to capitalize on said controversy by making the character at the heart of the hubbub if it wasn’t for the fact that this episode was written and filmed ages ago.

This week’s focus was on the life and times of Ser Jaime Lannister, also known as The Kingslayer and the guy who raped his sister in last week’s episode. At least he was put in some more redeeming situations this week.

Spoiler Alert: As per usual, I’ll be spoiling this week episodes and all 33 episodes preceding. Also, no book spoilers in the comments.

I don’t remember the last time that we had an episode built around someone who we were supposed to love but did something that made most of the viewing audience hated the week before. Granted, I don’t think it matters what Jaime Lannister did last week because nobody said a word about it in this week’s episode so we’re just going to pretend that it didn’t happen… I guess.

For her part, the awkwardly formal scene between Jaime and Cersei in the middle of that episode made it seem like we were all supposed to pretend last week never happened. I read that scene as Cersei being mad that Jaime might be taking Tyrion’s “side” in the proceedings against this alleged Kingslayer. It’s that unspoken sibling rivalry between Cersei and Tyrion when it comes to Jaime. Jaime loves Cersei (and somewhat vice versa) but Tyrion and Jaime have that properly familial love and respect that Cersei and Jaime don’t share on that same level.

Jaime’s part in this episode was being caught between his brother and his lover. You want to say that his actions and his words put him behind his brother but you don’t know if it will hold. This is Game of Thrones after all. Nothing is ever as it seems.

Apart from the more deeply meaningful scene with Cersei, we finally got a longer scene between Bronn and Jaime. There’s something about two lovable rogues sharing some time together, just being lovable rogues. For someone who claims that he shouldn’t be trusted, Bronn is probably the most likable person on this show. And opening up to Jaime on Tyrion’s behalf is probably the sweetest thing he’s ever done. He’s a sellsword with a heart of gold.

The other great scenes were Jaime and Brienne. While Cersei wants Sansa’s head on a spike, Jaime still has some morals and ethics… which isn’t something that I thought that I’d still say about him after the incest and rape and killing and the like. Sending Brienne to protect Sansa and to send her off with his sword and new suit of armor are the closest thing he seems capable to in terms of a proper, meaningful, emotional interaction with Brienne. Jaime always seems so certain of himself but he’s anything but around Brienne. They love each other, even if they can’t admit it to themselves, or the other. And who says that young love is just for young kids.

The other key story of the week was that of Jon Snow. The story is all about Ser Alliser’s jealousy over Jon’s popularity and wanting to remove him from the picture as a potential threat to his commandership of the Night’s Watch. He’s doing that by sending him to Craster’s Keep to dispose of the deserters in the hopes that they get him.

There are two complications. One is Locke, who is one of Roose Bolton’s men and could very well stab Jon in the back if no one else gets him first. There’s also the appearance of Bran and company at Craster’s Keep. It’s a great big Westeros but it’s still a small world. If Locke and the mutineers don’t get Jon, Brann could be the next target in line.

The setup reminds me so much of Rains of Castamere when Brann and Rickon were in the tower with Jon just below with the Wildlings. They were so close but it just didn’t work out. I get the feeling that they’ll be so close but it’s just not going to work out for Jon or Brann.

This week’s episode was a little more focused than last week’s and I think it would have been considered a stronger narrative episode if it moved more than two characters along and people didn’t hate one of them again. Okay, maybe Jon himself didn’t grow as a character this week but his story did.

I like the focus on just a couple of stories this week. It’s easier to keep track of the stories and allows the writers more time to develop the characters than moving the plot along and then moving on. I know it was exposition heavy for some but I like this week’s episode. More episodes like this, please.

Next week’s episode is called “First of His Name.” If I had to guess, we’re going to get a formal crowning of Tommen. After all, Tommen Baratheon is an uncommon enough name that he should be the first of his name. Elsewhere, Tywin and Cersei plot their next move. We get more time with Dany. And Jon makes his move on Craster’s Keep. I doubt that’s going to have a happy ending. This show never has one.