Sure, I could sit here and wax business about what I think Sony will announce for the PlayStation 4 because it will make sense from a business perspective. And as interesting as I like analyzing the business implications of the actions of the video game industry, I love to loosen up my tie, roll up my sleeves and just game.

5. Blizzard’s partnership with Sony expands to include StarCraft II on PS4 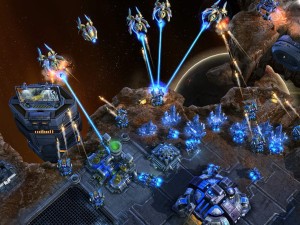 It was a bit shocking to see PC developer and publisher Blizzard has a presence at the PlayStation 4 launch back in March. The announcement of Diablo III for the PS3 and PS4 was unexpected but as far as Blizzard games that could be reasonably easily ported to console, Diablo would probably be the best choice. However, I don’t think that Blizzard and Sony’s “strategic partnership” will start and end with Diablo.

Now that the PS4 will have touch controls on the controller and cross-play with the PS Vita, it wouldn’t be completely impossible to make Blizzard’s signature RTS work on a console. Granted, Blizzard did put the original StarCraft on the N64. Given that the PS4 is based on PC architecture and is powerful enough to run the game fairly smoothly, it shouldn’t be a massive ask to get SC2 onto the PS4 in time for Legacy of the Void.

And let me throw a long-term prognostication out there. If and when Blizzard releases its Titan MMO, it will also be on the PS4 (or possibly PS5 depending on how long development takes) and there will be some sort of cross-platform play between the PlayStation and PC.

4. The revival of some vintage franchises

Let’s just go full fanboy for a moment. Given that franchises are being rebooted and sequelled to death, Sony should revive some of its old franchises that we haven’t seen for a while and give them new life on the PlayStation Four. 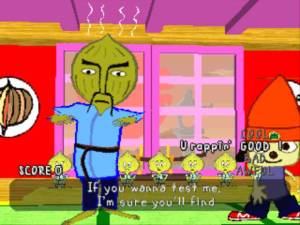 PaRappa the Rapper got a shot in the arm thanks to his featured appearance in PlayStation All-Stars Battle Royale. He was one of, if not, the most marketed character in the game. If you want to make him the face of the PlayStation brand, you kinda have to give him a game.

Looking back, there are plenty of old PlayStation games that I can think of that I’d like to see more of. Twisted Metal has had a game since TM3 (that’s my version of reality and I’m sticking to it, thank you). I absolutely loved Legend of Dragoon and wouldn’t mind seeing a sequel. And does anyone remember the Xtreme series. Sure, the games weren’t very good but they were the fun not very good. I’m sure there are plenty more you can think that are worthy of revival from the dead.

3. PlayStation Cloud gaming won’t make you re-buy games you own

We haven’t heard a lot about Sony’s plans for the Gaikai cloud gaming service, rechristened PlayStation Cloud, apart from the fact that it will be a workaround for the lack of backwards compatibility on the PS4 console itself. It’s a little worrying that just an abstract concept at the moment rather than being announced with an actual plan.

My biggest concern is that I have all these old games from the previous three generations of PlayStation consoles and no terribly convenient way of playing them. I don’t have the room or inputs to hook up four generations of PlayStation to a TV (I can get away with three but you get my point). What would be a great boost to Sony’s fortunes is that they’ll let you put a previous generation PlayStation game disc into the console and it’ll start streaming the game from the cloud without having to pay a cent.

Sure, publishers will start screaming about DRM but they’re likely to do that regardless of whether it’s a PS1 game or a PS4 game that you’re trying to play. Hence the development of online passes. But if Sony wants a leg up over the Xbox One in terms of library at the launch, it has to give some PlayStation Cloud benefit to long-term PlayStation users.

I don’t think this is going to be a “pipe dream” per se but I think it needs to be said that I’m not 100% confident that Sony will kill any plans they may have been mulling for DRM. Granted, all along the public line from Sony has been that they won’t ban used games.

However, given that Microsoft is banning used games and has daily online check-ins, Sony won’t lose ground to Microsoft if they ban used games. If Sony goes ahead and puts a platform-wide edict out saying that if you don’t have used games protection (such as an online pass) on other platforms, you can’t have it on the PS4, that would certainly be a way of turning people who are cost conscious over to Sony’s side.

1. Sony buys back Crash Bandicoot and hands him over to Naughty Dog 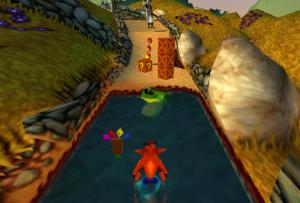 The game that came with my PlayStation 1 was Crash Bandicoot 3: Warped. I loved that game so much that I went back and picked up the preceding two Crash games and the next three. One was by Naughty Dog (CTR) and the next two weren’t (Crash Bash by Eurocom and Wrath of Cortex by Traveller’s Tales) and you could certainly tell the difference in developers.

The best way to bring Crash back to prominence is to bring him home. While Naughty Dog has moved on to more mature games with the Uncharted series and The Last of Us, their games still have a strong platforming component. You can take Naughty Dog out of Crash but you can’t take the Crash out of Naughty Dog. I think that putting Crash Bandicoot back under Naughty Dog’s control is the best thing for the future of the IP. It also helps solve PlayStation’s brand identity as it would give them their original mascot back. Crash Bandicoot is a better way to sell the console to families than Kratos.Currently, the Crash Bandicoot IP is owned by Activision after a series of acquisitions and mergers which led to Crash becoming part of its portfolio. However, Crash hasn’t had that commercially and critically successful title since CTR in 1999. Even Spyro the Dragon, another popular Sony exclusive platformer IP, has had a recent resurgence as part of the Skylanders series.

Cross-posted from The Lowdown Blog.