Game of Thrones: No One Review 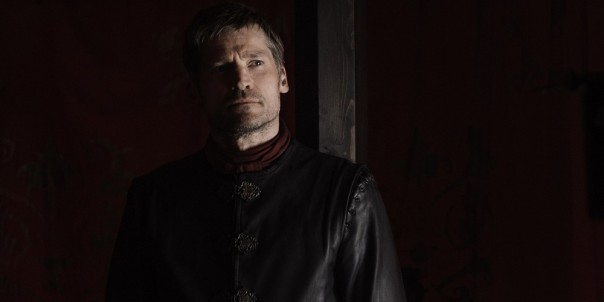 With next week being the generally epic and iconic Episode Nine of the season, this week’s episode was tasked with closing up some plots and setting up others for the season finale. Surprisingly, it was the storylines that were building toward episode ten that were more satisfying than the parts of the episode that wrapped up an existing story.

We started and ended the episode with Arya and her escape from the House of Black and White / the Faceless Men. I don’t want to say that we expected Arya’s defection from the Faceless Men to go roughly as it played out because that sounds negative. All the pieces were put in place in a classic literary style. Arya befriended and saved Lady Crane so Lady Crane helping her out made sense. Hiding needle in a windowless room seemed like the logical place for a final confrontation.

Perhaps the problem was that the final confrontation was basically skipped. The Waif kept getting one up on Arya and seemed like the Terminator until she was in the dark. Then we didn’t see much of a pay-off. Sure, we got to see the Waif’s bloody face on the wall but it’s like a poorly planned pro wrestling match. The face (good guy) gets beat down by the heel (villain) for a long period of time and the comeuppance is the hero hitting their finishing move and winning out of no where. Arya got beat down by the Waif over the course of the whole season, barely got any offense in, even in training, and won off-screen. It lacks the satisfying conclusion we were hoping for.

Still, this is how the story had to play out. You couldn’t build up the prospects of Arya becoming a master assassin only to have her killed because she doesn’t want to be an assassin. Granted, knifing someone in a brothel and stabbing someone in the dark doesn’t make someone an assassin, let alone a master one. Arya just wants to learn the skills to kill her own enemies. While she’s going back to Westeros, who knows if she’ll be at all effective without the full training or tools of the Faceless Men. We might get a family reunion but it might also be for naught.

Speaking of which, family reunions drove the plot in the episode’s other major storyline. Jaime was tasked with retaking Riverrun from the Tullys by his King but was only interested in doing so to get back to Cersei. The reason he was at Riverrun was because of the Blackfish’s dedication to his family and his ancestral home. Edmure was convinced to surrender Riverrun in part because he wanted to be united with a son that he’s never met and reunited with a wife whose father had him imprisoned for an indeterminate length of time.

The transformation that we’ve seen from Jaime over the course of six seasons was never more evident than this week. When Jaime said to Edmure “the things we do for love,” the first place my mind went was the first episode of the series. As he shoved Bran out the window, Jaime said that. He wasn’t exactly a fan favourite when he was attempting to kill children and Ned Stark to cover up his incest. Now, short a hand, after a season of travelling with Brienne and having lost two children, Jaime is more an upstanding man of honour than he was when he was at his peak. If any character has grown over the series, it’s Jaime.

This week, Jaime was in full anti-hero mode. Sure, the Tullys are supposed to be hero characters since they’re allied with the Starks so that makes Jaime a villain by opposing them. Can he be a villain when he wants to end the siege of Riverrun in the least amount of time and loss possible, though? He could have bombarded the castle the second he got there and only resorted to dark threats when that appeared to be the best course of action. Would Jaime have actually used a baby catapult to get his way? Who knows. The threat was enough to get the job done. Does the threat of violence against a baby make Jaime a terrible person or just a person willing to do whatever is required to achieve his desired end. The latter doesn’t mean he’s a good or bad guy. It just makes him human. The great thing about Jaime is that he’s one of the few characters that you can have a lengthy discussion about.

In the run up to this season, people were hoping for the Clegane Bowl. That’s the seemingly inevitable battle between “The Hound” Sandor Clegane and “The Mountain Who Rides” Gregor Clegane. We didn’t get that this week but we did get some interesting parallels. The Hound went after the men who killed the commune that he was working with and axed up four men before finding our old friends with the Brotherhood without Banners from Season Three to hang the rest of them. While The Hound used his axe to decapitate a dude, The Mountain just ripped a dude’s head off. Sadly, that didn’t lead to the complete slaughter of the Faith Militant.

That does segue us to this week’s story with King Tommen. He issued a royal decree banning trial by combat ahead of the trials of Cersei and Ser Loras Tyrell. You can’t help but feel the High Sparrow’s influence in that decision. Ser Loras is a respected knight and Cersei would certainly have called in The Mountain. Instead, we have to see them stand trial and try to win on their own merits. Cersei, though, has something up her sleeve. Qyburn has been checking into a rumour on her behalf and I can’t help but feel that Bran’s vision of the Mad King and his wildfire was very Chekhov’s gun. Cersei threatened Tywin with burning her house to the ground to get her way but no one thought she would be so literal about it.

Overall, the highlights of the episode were former villains. Well, I suppose that The Mountain is still technically a villain since he hasn’t turned into a hero or anti-hero because he’s still a killing machine. However, anti-heroes Jaime Lannister and Sandor Clegane carried the episode with intriguing storylines and character development. With Davos and Sansa taking the week off, these two former hated characters took up the job of carrying the episode as fan favourites. Maybe now that she’s leaving Braavos, Arya can join that club soon.

Next week, it’s time for the Bastard Bowl. What little forces that Jon has been able to muster will do battle with the Bolton forces for control of Winterfell and the north. The preview made it sound like the only way the battle would be won is in a showdown between Jon and Ramsay. But since this is a big Game of Thrones battle, everyone you love is going to die before that happens.

Posted on June 15, 2016, in TV/Movie Reviews and tagged Game of Thrones, George R. R. Martin, HBO, No One, Review. Bookmark the permalink. Leave a comment.