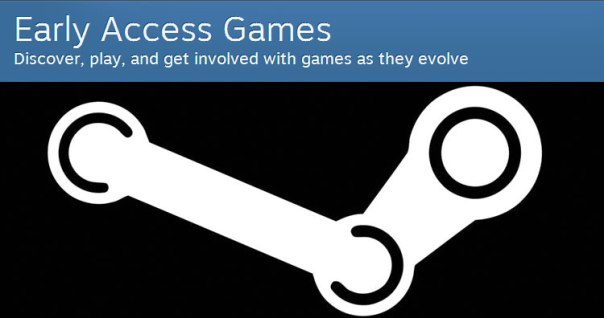 It’s going to be a Valve news sort of week around here. I think that’s completely understandable with the Steam Fall Sale kicking off tomorrow. And today’s bit of news might be important to you when you see an Early Access game get a big featured discount.

Last week, Valve sent notice to developers that they’ve updated the policies and guidelines for Early Access games on the Steam Store. It’s unlikely to affect the current crop of Early Access games but might impact what you see launching in the future.

The new set of Early Access rules is focused on promises by the developers and branding of the game on external key selling sites. For example, Valve says that all Early Access games but be visibly tagged as such when selling keys outside of Steam along with a description of the current state of the game and where they want it to be. Valve also recommends against specific targets for features and deadlines as people are likely to by the game based on those specific promises and developers have no way of guaranteeing those promises stating a game should be bought based on how it is now and not how it could be in the future.

From a guidelines perspective, Valve introduced what can be best described as recommendations. Valve’s guidelines basically tell developers not to use Early Access as an alternative to crowdfunding and not to use it to launch a completed or non-existent game. THese are all sins committed by developers that have poisoned the Early Access well. We’ve seen Double Fine run out of money for Broken Age and turn to Early Access to make up the money gap. All you have to do is look at Jim Sterling’s YouTube Channel to see how many Early Access games can be very loosely described as “games.”

The Early Access model on Steam has been around for about 20 months now and with the benefit of hindsight from that period of time, updating the rules was necessary. Of course, the rules have to be enforced in order for them to have any meaning and Valve has been a bit hit and miss with taking actions to protect consumers, though they are a bit more willing under the Early Access banner. And if Valve actually enforces these rules, it could lead to a more thorough review process of games coming on to Steam.

Or I could be completely talking out my ass. I’d like to think that Valve will bring some form of review to Steam submissions but this would be a good first step.