← Jadeveon Clowney Scores a Fatality
Should We Be Worried About The Walking Dead: Survival Instinct? →

The Economics of Video Game Development 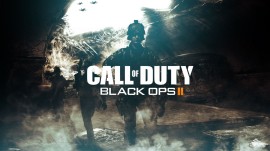 A few weeks back, one of the hot stories in the video game world was that Call of Duty: Black Ops 2 reached gross sales of $1 billion in only 15 days. What sounded like good news for publisher Activision was quickly reigned in by writers pointing out that CoD: Blops 2 sold fewer copies to reach $1 billion of gross sales than 2011’s CoD: Modern Warfare 3.

This raised an interesting question in my mind: How profitable are video games to make? Even if Blops2 sold fewer copies, shouldn’t Activision still have covered the sunk costs of development and marketing after paying for the variable costs of each unit sold?

To determine if the development of a game is profitable, we need to know how much it actually costs to develop a triple-A game. Fortunately, in talking about his cancelled Agent game project, former BioWare game director and producer Trent Oster estimated the cost of making a triple-A game at between $30 – $40 million. For the sake of being conservative in our calculations, I’ll use the high estimate of $40 million for determining the profitability of a triple-A game.

Gross sales is a term that typically applies to the total sales to the end consumer. When a movie studio releases its gross sales figures each weekend, it’s releasing the ticket revenue at the box office. That sum of money doesn’t come back to the studio, though. The theatre takes a cut of gross sales before remitting to the studio/distributor.

Unlike the movie business, the games industry tends to be very opaque when it comes to anything financial. If it wasn’t for Oster’s recent statement about the cost of triple-A games, I’m not sure we would know how much it costs to develop a game.

Per Note 16 of their 2011 financial statements, GameStop’s gross profit (revenue less cost of sales) on new video games sold is 20.7%. This doesn’t necessarily mean that a publisher gets the other 79.3%. GameStop includes processing fees for purchases made by credit card and cheque in gross sales. This means that the publisher’s share of gross sales is less than 79.3%.

It is also possible, though not explicitly disclosed, that store employee payroll is included in COS rather than in Selling, General and Administrative Expense. However, as GameStop discloses gross profit by product line (new hardware, new software, used products and other), it would be difficult to accurately allocate payroll costs to the Cost of Sales of each product line. Therefore, it is likely that GameStop’s actual margin on selling a new game is 20.7% with that remain gross profit used to cover operating expenses such as employee payroll.

As stated above, given that GameStop’s cost of sales on new games is 79.3% and that includes credit card fees, we will go forward assuming that a publisher is paid 75% of the gross sales. For the sake of a more conservative revenue estimate so as not to overestimate profitability, calculations will also be made assuming that the publisher receives 65% of gross revenues from sellers. This means that we will assume that every unit sold is returns between $39 and $45 to the publisher. 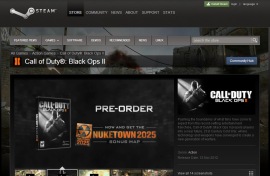 Next, we must determine the per unit costs from the developer/publisher side. Fortunately, Activision is a publicly traded company which publishes an annual report and financial statements. The applicable variable costs which logically would increase per unit sold are Product Costs and Software Royalties. Based on descriptions in Activision/Blizzard’s annual report, Online Subscriptions Cost of Sales appears to be related to the ongoing support of online games as it specifically noted customer service for World of Warcraft subscribers. Activision’s COS for Intellectual Property Licenses relates to the use of licensed music and licensing third-party creations (such as movies) for video games. Therefore, only Product Costs and Software Royalties will be used for this example.

In 2011, a vertical analysis of COS to Product Sales revenue shows that Product Costs equal 34.8% of Product Sales and Software Royalties equals 6.7% of Product Sales. While Cost of Sales would apply to both Product Sales revenue and Subscription, Licensing, and Other Revenues, the approach taken mitigates the risk of overestimating the profitability by overestimating per unit costs. In other words, this is the conservative approach to determining if a game is profitable. Activision itself notes that Product Costs are decrease when more games are sold and distributed digitally rather than on disc.

Based on the above costs, we can determine that of the $60 that a game sells for, the publisher has a gross contribution of between 23.5% and 33.5% or between $14 and $20 depending whether the publisher gets 65% or 75% of the retail price. Based on Trent Oster’s estimated $40 million development costs for a triple-A title, a game would need gross sales of $120 million or about 2 million units with a 33% gross contribution in order to cover development costs. That wouldn’t cover any promotional costs for the game.

Essentially, for a triple-A game to be profitable, it would appear that a game needs to sell in excess of 2 million copies. This doesn’t include any additional revenue from DLC sales. The variable costs would be much lower for those than the estimated total of 41%. We also don’t know how much more or less publishers make from collector’s editions of games. These are all variables that would affect when a game becomes profitable. 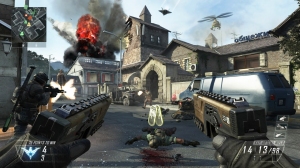 Of course, the key to knowing whether a game is profitable is knowing how much it cost to make. There is also the ongoing costs of supporting a game through keeping online multiplayer servers active and developing patches to the game. While the formula I’ve developed might work for a new game that isn’t part of an annual series, it won’t come close to helping us figure out if BioWare and EA have come close to recovering the reported $200 million in development costs for Star Wars: The Old Republic.

This isn’t an article from the inside of the games industry. This is just me trying to figure out why the games industry is moving toward annual franchises, producing sequel after sequel and putting an emphasis on DLCs. It’s because they need to sell at least one game for every $20 spent on development. That number is likely not precise and doesn’t apply to every game. (I can’t imagine Hotline Miami needing to sell 2 million copies to be profitable.) However, when you wonder why we get a new CoD or Madden or Assassin’s Creed game every year, it’s because those one are going to sell enough to cover its cost of development and help finance a bunch of other games.

Disclaimer: This article is based on publicly available information. All assumptions made have been stated with a detailed description of how said assumptions were reached. The author and et geekera make no guarantees of the actual accuracy of these calculations. You shouldn’t make any decisions about investing in a video game company or starting one yourself based on this analysis. This is simply an exercise to bring some transparency into the opaque world of video game finances.

Note: Cross-posted from The Lowdown Blog.

← Jadeveon Clowney Scores a Fatality
Should We Be Worried About The Walking Dead: Survival Instinct? →